For many growing up, Veterans Day was just another day. Many of us didn’t even know it was Veterans Day until our calendar showed us, or maybe we saw some Veterans Day pictures posted on Facebook. But this holiday is more important than just any other day.

The Veterans of our country deserve to be remembered, so keep reading to learn why Veterans Day is an important holiday and to see some cool Veterans Day pictures that prove it.

Suggested read: What Is Veterans Day 2022? Honoring All Who Served

7 Veterans Day Pictures You Should Take a Look At The cool Veterans Day picture above was taken in New York on November 11, 1918. An impromptu parade had begun, and crowds were carrying an effigy of ex-Kaiser Wilhelm. One of the more well-known pictures for Veterans Day, this is Veteran Joseph Ambrose at the Vietnam Veterans Memorial dedication parade in 1982. He’s wearing his original WWI doughboy uniform, which gave him the nickname “Doughboy Joe.” He’s also holding the flag that covered his son’s casket, who was killed in the Korean War.

In reference to Joe, Sen. Dick Durbin stated, “No matter the outcome of a war, those who answer the call of duty and risk everything to defend America deserve the respect of a grateful nation.” He perfectly expressed the need for Veterans Day: to give thanks to those who have sacrificed for and served our country. This is a photo of Marissa Strock, an Iraq Veteran who lost both her legs in Iraq in 2005. Marissa became a mouthpiece for wounded Veterans across the country. She has also dedicated much of her time to helping other women Veterans and their families find homes.

Marissa gained a lot of attention as a Veteran and amputee, and she has used this to help honor and serve her fellow Veterans. This picture depicts amputee Bob Wieland with fellow Veterans at the Vietnam Veterans Memorial. Bob Wieland lost both of his legs in Vietnam while rushing to aid a fellow troop.

The troop had stepped on a mortar mine, and while Wieland was running to his aid, he stepped on another mortar mine designed to take out tanks, losing his legs as a result. But Bob didn’t let that stop his life.

He famously “ran” across America on his hands in a bit over three years and eight months. In this time, he raised money for fellow Vietnam War Veterans. He’s also participated in several marathons and was even a strength coach for the Green Bay Packers. Bob, like Marissa, used his fame to help his fellow Veterans.

Veterans Day is celebrated across the country. Dozens of cities host huge celebrations for Veterans Day. The Veterans Day parades can offer some great and educational fun for the family, showing everyone the importance of Veterans Day and many of the great things Veterans have done for our country.

Below are some cool Veterans Day pictures of parades that will get you in the spirit for the holiday! Texas has one of the highest Veteran populations in the country, and Houston definitely honors that. In true Texas fashion, they throw a huge parade every Veterans Day to honor those who have served our country. 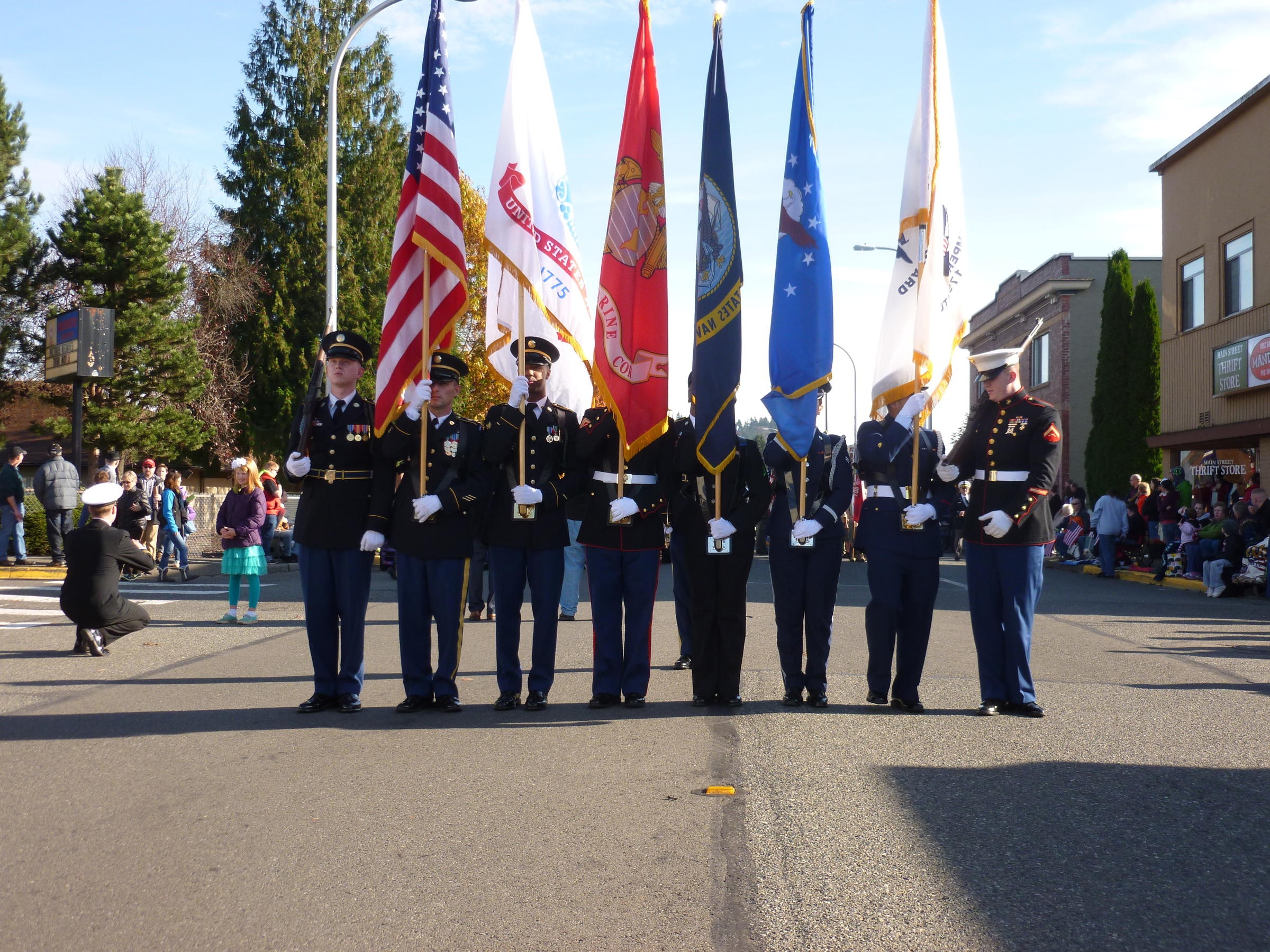 Despite being a small town, Auburn, Washington, hosts one of the biggest Veterans Day parades in the country. With over two dozen marching bands and around 6,000 participants, this parade does justice to our Veterans.

There are so many more Veterans Day parades and celebrations across the country. These Veterans Day pictures only shed a sliver of light on the importance of this holiday. Veterans Day is a great way to show our appreciation for those living and dead who have sacrificed for our country.

More like this: Honor Vets With These 10 Veterans Day Celebration Events