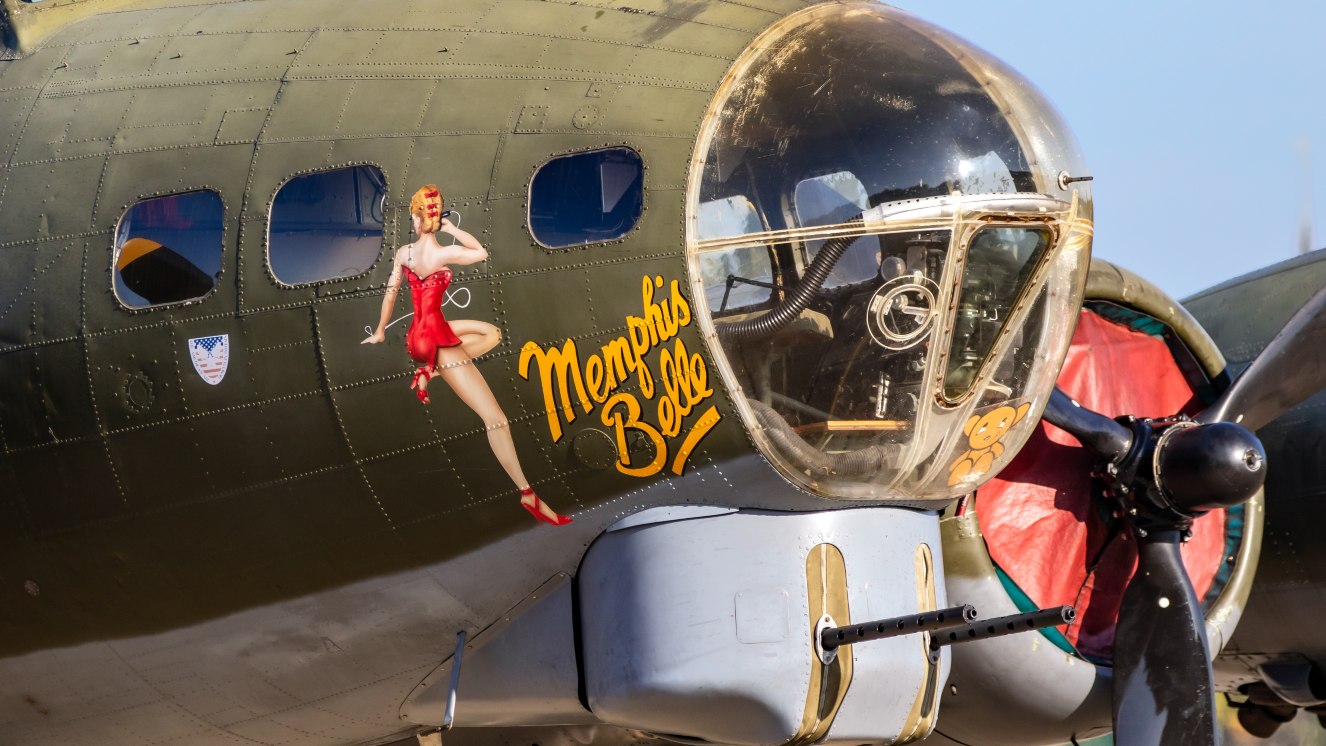 The military is a funny thing. Obviously, war is no laughing matter and only brings about mankind’s absolute worst. But people will be people and continue to find the lighter side of any situation. Art is the perfect way to do so. Expressing oneself doesn’t stop just because there is a conflict between opposing armies, and frankly, letting loose a bit is a great way to stay sane in the midst of the unimaginable. WW2 nose art embodied these ideas to the fullest. Even though the U.S. military frowned upon the idea of painting the noses of planes, many turned a blind eye to it, and the art remained a way to have fun and come together, helping its legacy remain to this day.

Read next: The Flying Tigers Were the American Heroes of China

Several artists and troops painted WW2 nose art throughout the war. Some notable names include Hal Olsen and Tony Starcer. But the running list of artists ranges, as many Airmen and military personnel participated in the artwork over the years.

Nose art in WW2 was a popular painting trend that was found on the front of planes and other aircraft. Both professionals and amateurs took on the unique canvases. Popular depictions included pin-up girls, animals, patriotic themes, military symbols, and cartoons.

Another unique thing about WW2 plane nose art is that it wasn’t exclusive to Americans. Yes, it may have been an American trend, but others, including Nazi Germany, would also paint their aircraft for similar reasons.

It’s also worth noting that while WW2 bomber nose art is arguably the most iconic, there are several examples of the trend dating back to World War I. Furthermore, several conflicts following World War II would also find aircraft donning artwork all the same.

WW2 Was the Golden Era

Artwork on World War I aircraft may have been the ultimate start of the trend, but WW2 is when it hit its apex. WW2 aircraft nose art would rise to prominence more so for two core reasons: there was more widespread use of aircraft in war and after WWII, the practice would end up falling away.

That doesn’t mean other conflicts didn’t feature nose art. In the Korean War and Vietnam War, there were instances, of course, of the art being used. Following WWII, however, officials would step in and ramp up discouraging such practices from taking place.

Defiance, Individuality, and Comfort All in One

The military is about conformity. There are plenty of reasons why this is a good thing for the operations at hand, but it stifles creativity, which is the opposite of artistic expression. It’s no wonder that following World War II, nose art was discouraged more and more until it would no longer be a trend.

Still, airplane nose art in World War II prevailed as a show of defiance. Not necessarily against the authority in place but rather defiance to completely succumb to the horrors of war. It was a great way to paint reminders of home while expressing the individual style of each Airman.

How To Paint WW2 Nose Art

The artwork found on these WW2 aircraft is a classic piece of Americana and a distinct art form in and of itself. While you may not have a B-17 bomber sitting around, you can still practice the technique on other canvases. To learn more about the techniques involved with WW2 nose art, Iron Gordon can help you hone your craft.