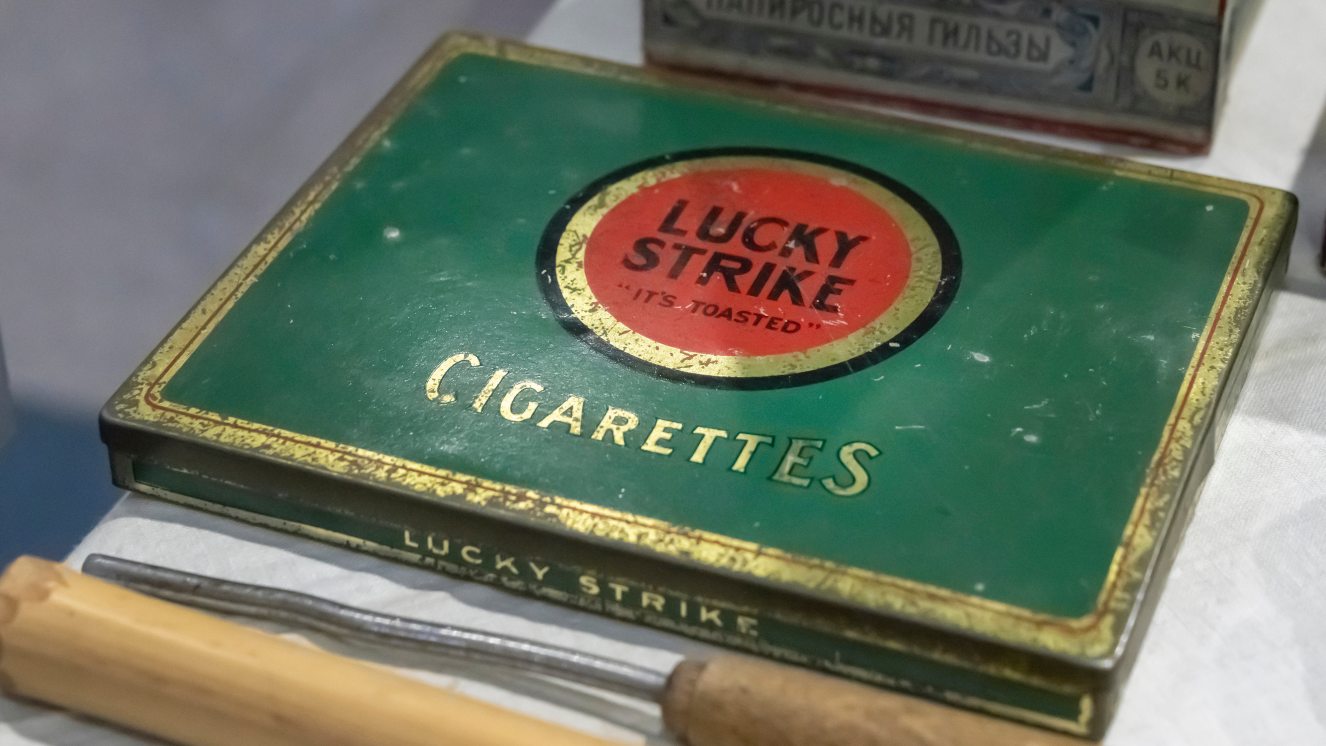 While war isn’t exactly a vacation (and cigarettes aren’t exactly healthy), it’s reasonable that troops would want some form of stress relief and entertainment. As the saying goes, there’s no time like joe time, and during World War II, no cigarette was more iconic than Lucky Strike Cigarettes.

Lucky Strike Cigarettes Were Part of C-Rations in WWII

To be fair, there were many different cigarette brands supplied to American GIs fighting in WWII, but none were as iconic at the time as Lucky Strikes. From the logo to the smooth taste, these smokes helped troops in WW2 enjoy some relief from war and calm their nerves, just as the troops who fought before them in WWI.

A standard C-ration would contain food items such as hardtack biscuits, corned beef, and bacon. Salt and pepper were the only seasonings included. Ground coffee and tobacco were in the rations, too.

The tobacco products could vary. Some would have cigarettes from brands such as Camel. Others had tobacco with rolling papers. But again, there was nothing quite like Lucky Strike Cigarettes to enjoy downtime with during the war.

Lucky Strike had a white pack replace its iconic dark-green signature pack in 1942. American Tobacco claimed the change was made because copper was needed during World War II, but the green ink was made from chromium, and the gold trim was made from copper. Supplies of each were limited, and substitute materials made the package appear less appealing.

There are many different good luck charms that come from various walks of life. A rabbit foot, four-leaf clovers, horseshoes… the examples go on and on. But the “lucky cigarette” may have very well been started during World War II.

Smoking your lucky cigarette without clearing the rest of the pack was not only frowned upon but believed to bring you bad luck in smoking and on the battlefield. Considering Lucky Strike was a prominent brand during the time, it’s not crazy to see where this name and trend came from.

How Much Are Lucky Strike Cigarettes?

While the average price of a pack of cigarettes will run you around $6 to $7, you’ll be spending a bit more for Lucky Strikes. On average, Lucky Strike Cigarettes’ price will cost smokers $35 to $45 per pack. Not exactly economical these days, but they are a trip back in time.

Where To Buy Lucky Strike Cigarettes

If you’re looking for a pack of Lucky Strikes, they’re available in stores nationwide. Though it’s getting harder to purchase tobacco, collectors, smokers, and anyone else (of legal age) can still find this product available to purchase.

“Lucky Strike” was even an appropriately named temporary camp, known as the Cigarette Camps, established around Le Havre following its capture. The history of Lucky Strike Cigarettes has a deep-rooted history that’s tied to the American Armed Forces. A history that’s changed cultures in both smokers and troops alike.