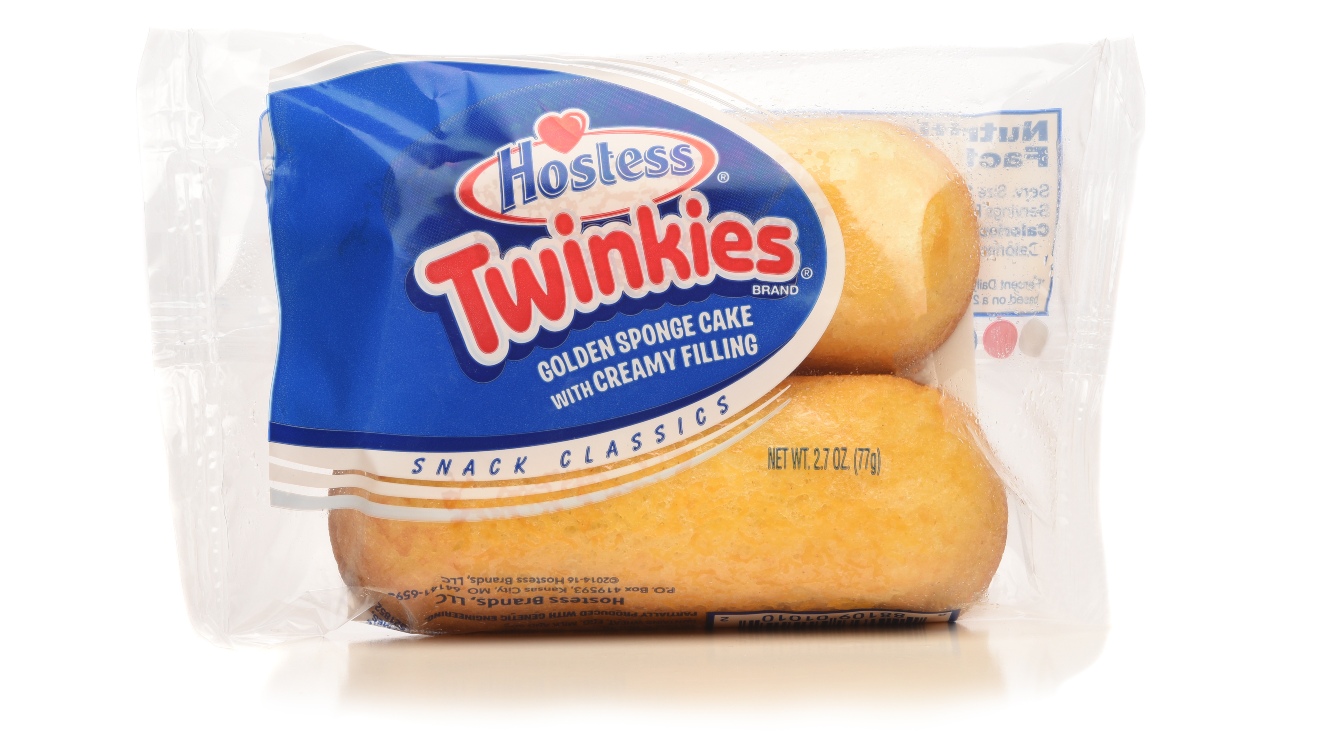 The Twinkie has been one of America’s favorite treats for years, but did you know that the modern-day Twinkie was originally invented with a totally different flavor? Well, we can thank World War II for the change in the original Twinkie flavor, and here’s why.

The Invention of the Original Twinkie Flavor

In 1930, the original Twinkie was invented by baker James Alexander Dewar. Dewar had to brainstorm some ideas on how to use the rest of the shortcake molds he had post-strawberry season. Unfortunately, the strawberry season that year ended quickly, leaving him with a surplus of shortcakes.

Dewar began experimenting and coming up with different ideas on what he could use the shortcake molds for. He really wanted to make the point that shortcakes could be used for more than just strawberry shortcakes.

Dewar worked as a manager at the Continental Baking Company in Chicago, Illinois. After inventing the original Twinkie recipe, he was interviewed by the Chicago Tribune, where he gave the inside scoop on the Twinkies origin.

According to the Chicago Tribune, Dewar stated, “The economy was getting tight, and the company needed to come out with another low-priced item. We were already selling these little finger cakes during the strawberry season for shortcake, but the pans we baked them in sat idle except for that six-week season.”

Dewar went on to tell the paper about how he got the idea for the original Twinkies. Dewar already had the idea to inject the finger cakes with a creamy, sugary filling. During a business trip to St. Louis, he saw a billboard of the Twinkle Toe Shoe, which sparked the idea for the name Twinkie.

What Was the Original Flavor of the Cream in Twinkies?

Most everyone knows Twinkies to have a creamy vanilla flavor in the middle of the cakes. But did you know that the vanilla center was not the original Twinkie filling flavor when they were first being made?

Dewar had invented the Twinkie to have a banana cream filling in the center. The Twinkie filling was not made with any artificial ingredients but was made with real bananas and real cream.

The banana Twinkies lasted as long as they could until World War II came about. During the war, there were some complications that made the production of the Twinkies’ original filling come to an end.

Why Did the Twinkie Change?

During World War II, there were bombings that made the shipping of certain fruits across the Pacific rather difficult. Bananas were one of the fruits that ended up being a part of the shortage in the states.

The banana shortage made Dewar have to change the original Twinkie flavor. Instead of filling the cakes with a banana cream filling, he decided to have the filling be vanilla cream.

In 2006, Hostess did bring back the original Twinkie flavor for four weeks during the release of the movie “King Kong.” After having them released for a short period of time, Hostess saw a spike in sales. The Twinkie filling was said to still taste like the vanilla flavor, but they supposedly tasted a little bit healthier.

The original Twinkie flavor was just the beginning of a soon-to-be-famous packaged dessert. The banana shortage gave the opportunity for the Twinkie to get the recognition it deserved.