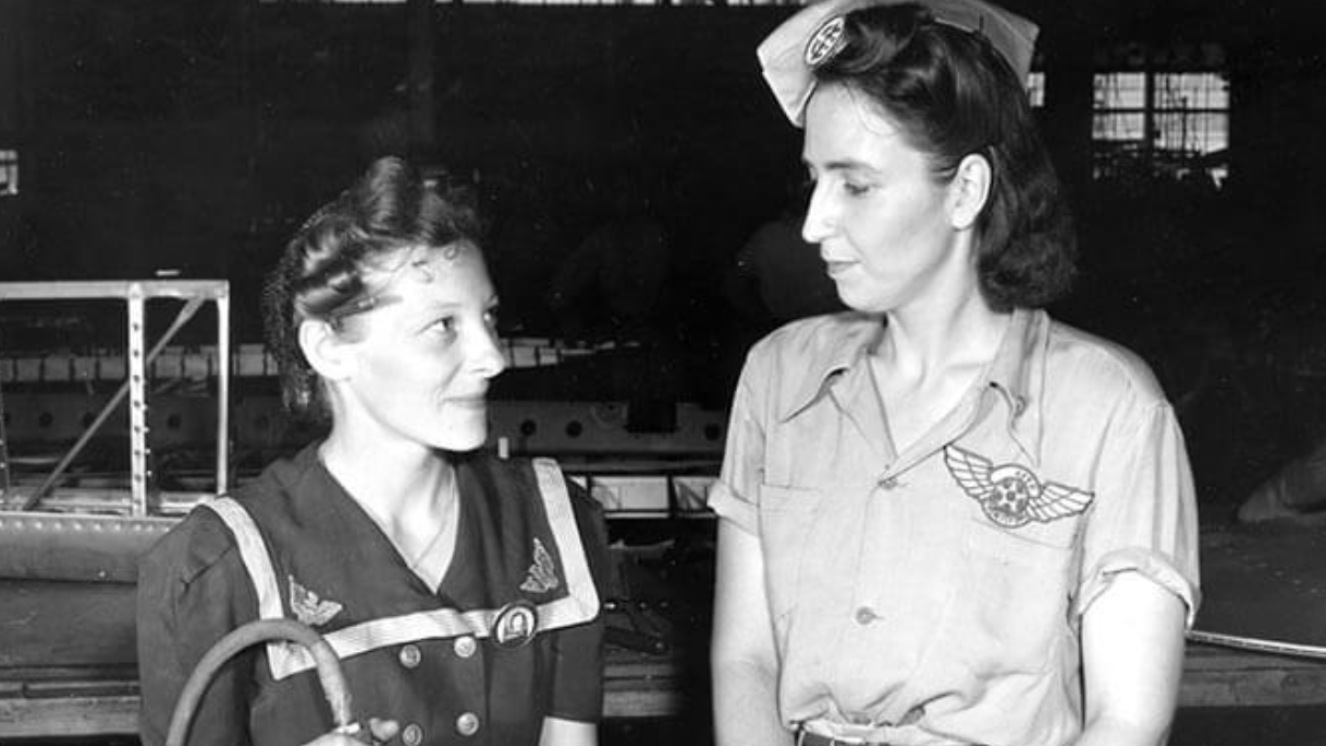 Changing the course of American history, the attack of Pearl Harbor on December 7, 1941, remains one of the most tragic days our country has ever experienced. In the blink of an eye, our nation was forced into active engagement in World War II. The female heroes of Pearl Harbor played a pivotal role in reducing the suffering and casualties our nation endured. We honor the bravery, courage, and sacrifice that these women displayed.

An important question to ask in this discussion is how many women died in Pearl Harbor. The answer to that is over 250. While remembering the 2,403 women and men who lost their lives during this tragic event, it is also important to acknowledge the American female heroes that answered the call and risked their own lives for their fellow Americans in this great time of need.

Today, we’ll look at the role of some of these extraordinary women. Read on to learn about four female heroes whose dauntless actions during Pearl Harbor deserve to be shared.

Read next: Pearl Harbor Remembrance Day, A Day That Will Live in Infamy

The 1940s marked a sea of change in women’s roles, including advancement for U.S. servicewomen. Prior to the bombing of Pearl Harbor, women in the military were limited to serving as nurses. Shortly after the bombing of Pearl Harbor, a Women’s Army Auxillary Corps (WAAC) was developed, which established a policy change — women who served in the Army would be afforded the rights and benefits of their fellow male soldiers.

While women during this time gained the ability to advance and assume unprecedented roles, many remarkable female heroes of Pearl Harbor remain largely unrecognized. These women contributed to American unity, working tirelessly to bring fellow Americans together during a time of tragedy.

Meet several of the female heroes of Pearl Harbor below. These women serve as symbols of American resilience. They have an important role in American history, as they paved the way for gender equality by demonstrating that women are more than capable of stepping up and leading during times of extreme crisis.

Elizabeth “Betty” McIntosh was a remarkably brave woman whose love of adventure and reporting inspired her to pursue a career in journalism. Betty first began working at a Hawaiian newspaper, where she wrote stories for the “Women’s Pages.”

Intrigued by the Far East, Betty began working as a correspondent for the Scripps Howard news service. Working in Honolulu at the time, Betty was one of the first journalists on the scene at Pearl Harbor.

Betty recalls Pearl Harbor as a gruesome event. She explains, “There was complete terror. Planes were everywhere, with a constant roar overhead. Ambulances were racing through the streets. I saw a building just disintegrate. An open-air market took a direct hit. One dead little girl was still holding her jump rope’s wooden handles; the rope had burned away. It was terrible.” Betty never formally published a story about what she witnessed that day.

Never forgetting Pearl Harbor and feeling as though she was called to do something bigger, Betty met a businessman who got her in contact with the Office of Strategic Services (OSS). She was shortly hired as one of the first women to join the OSS Morale Operations branch. Here, Betty helped create false postcards, false news reports, and misleading radio messages in order to undermine Japanese troop morale by spreading disinformation. Ultimately, this role saved many American lives.

Betty also served with Detachment 202 in China, where she helped develop propaganda leaflets and created a script (designed to create distress amongst Chinese citizens) for a Chinese fortune teller to read on the radio. She warned that something terrible would happen in Japan, and, unbeknownst to Betty and her team, the atomic bomb was released on Hiroshima later that day.

Betty went on to work for the Joint Chief of Staff, the State Department, the United Nations, and Voice of America. In 1958, Betty began working for the CIA until she retired. A true female hero of Pearl Harbor, Betty passed away on June 8, 2015, at 100 years of age.

Two months after arrival, she and her fellow nurses were woken by what they thought was a boiler explosion. Looking out the porthole window, Ann saw smoke from the USS Arizona and received word from the chief nurse that they were under attack. When talking about these attacks, many ask, “Did the Japanese attack the hospitals at Pearl Harbor?” Fortunately, no hospitals were directly bombed by the Japanese

Ann was one of several nurses who treated burn victims and wounded patients around the clock. Not letting the shaking of the ship, gunfire, and shouts from soldiers or fellow nurses deter her, she cared for over 130 patients (70% of these were burn victims).

Ann was a firm believer in sharing her story, and she encouraged other female nurses to do the same. She hoped that by sharing her experience, America would see the importance of always being prepared for an attack. Ann was one of the first women to become a Navy shellback and became classified as a member of the Nurse Corps (assuming the same rank and privileges as male officers).

After Pearl Harbor, Ann served in the military for 27 years. She married Commander Wayne Willgrube and passed away from Parkinson’s Disease in 1988.

Marguerite H. Gambo is one of the heroic Lost Aviators of Pearl Harbor. On December 7, 1941, Marguerite was one of two women (along with eight American civilian aviators) who took to the skies and got caught in Japanese crossfire.

On the morning of the attack, Gambo was teaching a flight lesson at her school, Gambo Flying Service, where she flew near Kaneohe (a Japanese target). Seeing plumes of smoke, Gambo knew that the planes were not American, and her biplane was almost hit by Japanese fighter planes.

Determined to get her student to safety, Gambo reacted quickly, using a rarely traveled pass to bring her craft to safety. Four pilots from the Gambo Flying Service were in flight that day. Gambo was one of two pilots who safely returned, making her one of the unsung female heroes of Pearl Harbor.

During Pearl Harbor, Annie was on the front lines. Placed in combat for the first time, she recounted airplanes flying so low that she could see the pilots talking as she endured fiery explosions and masses of thick, black smoke.

As the attack ensued, victims flooded into the hospital while bombs were exploding around the area. The casualties were countless, and Lt. Fox organized the nurses and hospital’s response to the attack. She taught civilian volunteers how to make dressings and quickly trained them to provide patient care. Lt. Fox herself performed countless surgeries, administered anesthesia to patients, and tended to the wounded.

In recognition of her efforts, Lt. Annie G. Fox became the first American woman to be awarded the Purple Heart medal on October 26, 1942. When the criteria for receiving a Purple Heart changed later in 1942 (wounds received due to enemy action), Lt. Fox was Awarded the Bronze Star for her actions (the fourth-highest combat award of the U.S. Armed Forces and the ninth-highest military award). She passed away on January 20, 1987.

The inspiring female heroes of Pearl Harbor highlighted here, as well as countless unmentioned others, paved the way for many other incredible women.

We honor each and every woman, including the female African American heroes of Pearl Harbor who are often not given the recognition they deserve. We honor each woman’s demonstration of the American spirit of perseverance, patriotism, and defining the odds. Redefining and broadening the conception of “hero,” they opened doors for future generations of women.

Pearl Harbor sparked a movement of women who challenged the status quo and bravely assumed new roles. Figures such as Rosie the Riveter served as a symbol of inspiration for thousands of women who looked upon her unapologetic strength and applied it to their lives as they conquered and succeeded in traditionally male-dominated roles. Sharing and passing on the stories of the female heroes of Pearl Harbor allows us to continue to honor their legacies.