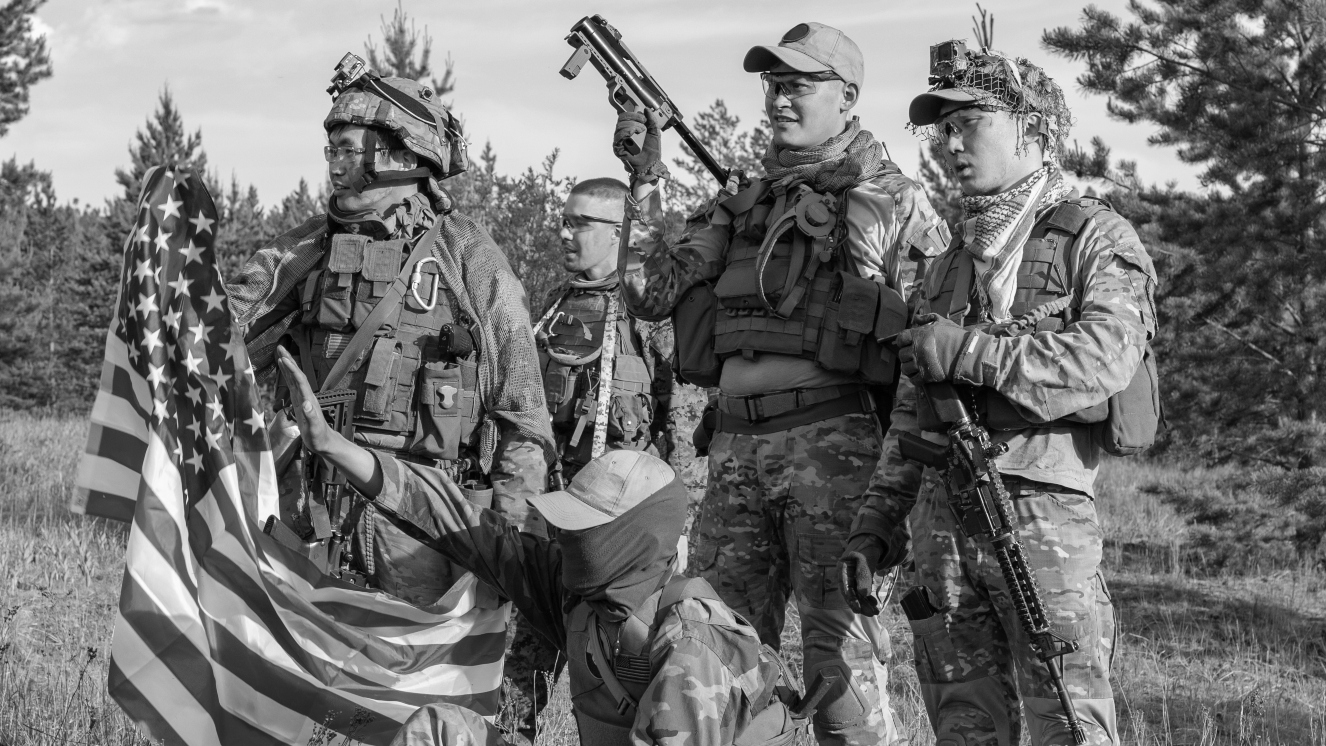 Too often, there are many people who get lost in the vast pages of history. In the United States, this can all too often affect marginalized demographics and minorities that have indeed played an important part in creating and defending our wonderful country. Considering the Armed Forces didn’t end segregation against Asian-Americans until 1948, it’s no wonder that many of the heroes that served this country have gone unrecognized for so long. We’ve all heard of the heroics of George Washington and his men or Gen. George S. Patton’s decorated career, but there are many Asian-American war heroes who have helped defend Americans and others around the world.

The Armed Forces are filled with names of service personnel who have worked and sacrificed to complete their missions and keep our country safe. The first major influx of Asians to America would come in the mid-1800s, but Asians have a history of helping the American Armed Forces going back to the War of 1812. Even though many were not recorded for their service at the time, the 20th century would show many different wars and battles that would develop a complex relationship between Asian-Americans and the military.

World War I would not see America fighting in Asia; however, tons of Asian-American heroes would join the military to defend their new home. Afterward, many battles in the 1900s involving America would take place throughout Asia and the Pacific Ocean. Some Asian-American troops would even fight in Europe to help liberate it from Nazi control, and the complex discriminatory practices they endured the entire time only helped convolute the lack of recognition some Asian-American Veterans have experienced.

Asian-Americans in the military have proved time and time again to be of great importance in helping ensure that American objectives are completed. In honor of AAPI month, we’ve compiled some of the many Asian-American war heroes that have served valiantly and deserve their time in the spotlight.

Telesforo Trinidad was a man who put his ship and shipmate before himself. While serving as a Filipino-American in the U.S. Navy as a fireman, Trinidad was aboard the USS San Diego when an explosion caused him to suffer severe burns and injuries. Despite these challenges, he selflessly helped save fellow Sailors. Trinidad received the Medal of Honor for his heroics, and he also served during both World Wars.

If you look up the definition of bravery, you’ll see the name Francis B. Wai. Leaving his career in banking and real estate, Wai was one of the 13,000+ Chinese-Americans in WWII to serve in the U.S. Armed Forces. During the critical Invasion of Leyte, he was killed battling the final Japanese pillbox after running towards the enemy without any regard for his safety. So far, Wai is the only Chinese-American to ever receive the Medal of Honor for their service, which was only upgraded by the U.S. Army well after his death due to the racial discrimination that he faced during his time of service.

If you’re looking for Asian-American military leaders, look towards the 442nd Infantry Regiment. Remember, segregation was still an issue for Asian-American Soldiers in WW2. It would feel unfair to pick a single Asian-American soldier from this group, as almost the entire regiment consisted of Nisei, second-generation Japanese-American citizens. The 442nd Infantry Regiment would go on to become the most decorated unit in the history of the United States for its size, which was about 4,000 soldiers. This includes 21 Medals of Honor, 52 Distinguished Service Crosses, over 4,000 Purple Hearts, and much, much more.

The 442nd Regimental Combat Team, as it was known when it was founded, won multiple military campaigns in Italy, Germany, and France, including rescuing prisoners at Dachau and members of the “Lost Battalion.” The unfortunate irony is that many of the members were helping to liberate innocent people from concentration camps, all while their families were stuck in internment camps back in the United States.

Gordon Chung-Hoon was a Lieutenant on the USS Arizona during the Battle of Pearl Harbor. When Isoroku Yamamoto’s planned Pearl Harbor attack was carried out, Chung-Hoon happened to be away from his ship. By the time he returned, the USS Arizona had already exploded and sunk. Following the attack, Chung-Hoon would find himself serving in the Pacific Theater, as would his two brothers. He would go on to earn the Navy Cross and Silver Star for his heroics.

Like many involvements of Asian-American soldiers serving America, this one is a bit complicated. After an attack by Pancho Villa that killed many Americans in New Mexico, General John J. Pershing was ordered to retaliate during an invasion of Mexico. There was a notable Chinese-Mexican population in the area during the time, due in part to the harsh treatment of Chinese immigrants, including a ban on Chinese immigration in America. During Pershing’s mission, more than 500 Asian-Americans would help make the mission a success, alongside American Forces and over 2,000 Mexicans.

The Chinese that assisted our military were eventually brought to America and granted permanent resident status to help them avoid deportation. Many Chinese refugees would assimilate into the population in San Antonio, Texas, following WWI and would go on to maintain one of the most vibrant Asian communities in the state to this day.

The Time for Recognizing Asian-American War Heroes Is Past Due

Asian-Americans in WW2 were facing unjust incarceration. Many Asians before were denied the same level of rights or even the ability to immigrate. There have been countless examples throughout American history, from the Korean War to the War of 1812 and more, where proper praise has not been given to the Asian-American war heroes who have helped preserve freedom. It is important moving forward that we create an equal playing field for recognizing Asian citizens who help keep America safe through honor, sacrifice, and service.