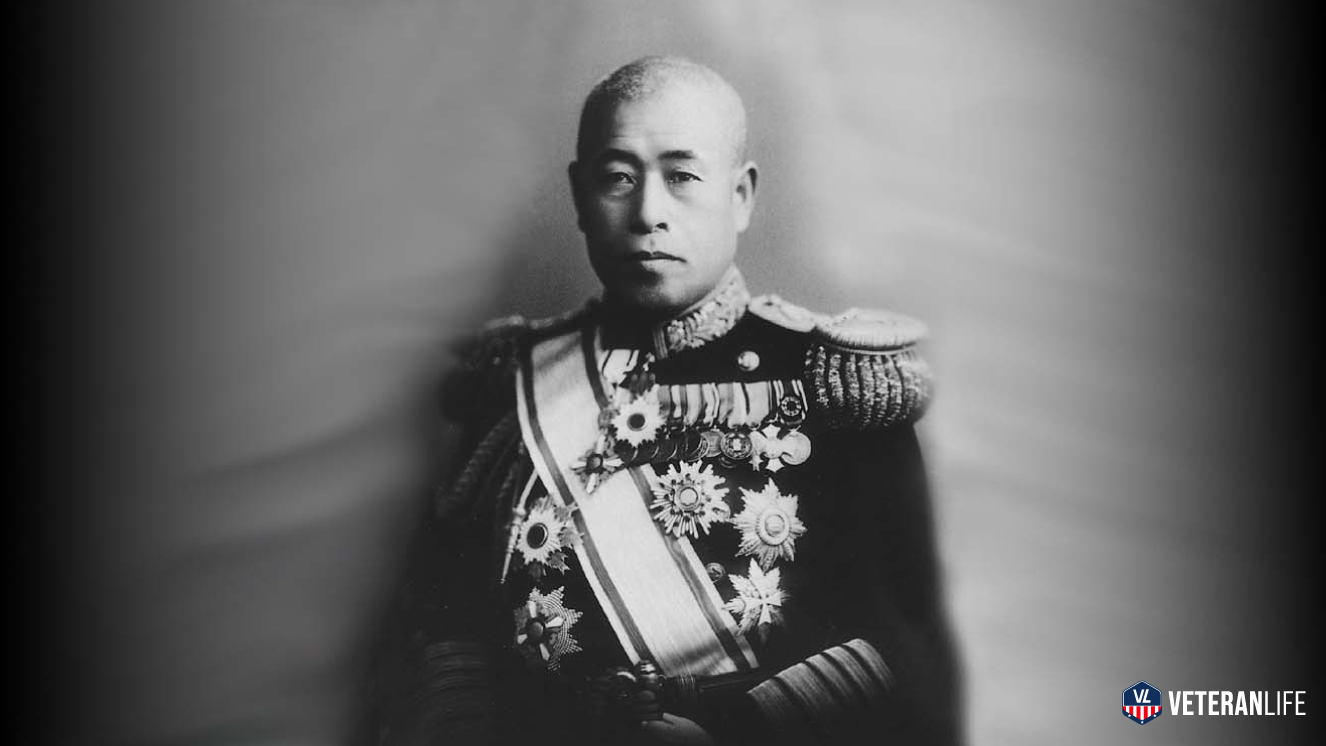 APRIL 4, 2022 – Today might be his birthday, but this is one man that we’re definitely not wishing a happy birthday to. Isoroku Yamamoto, the commander-in-chief of the Combined Fleet that was responsible for the Pearl Harbor bombings, was born on this day in 1884.

We’re going to take a peek behind the curtain at the life and infamy of Isoroku Yamamoto on the 138th anniversary of his birthday.

Isoroku Yamamoto was 20 years old when he graduated from the Japanese Naval Academy. However, he didn’t graduate with the name Yamamoto, as he was born Takano Isoroku. Just nine years later, in 1913, he would enroll in the Japanese Naval Staff College. Upon his graduation, he changed his name to Yamamoto as he was adopted into the Yamamoto family.

Before his college days, he was assigned to serve on the cruiser Nisshin during the Russo-Japanese War. During the battle of the Tsushima Straits, he was seriously wounded, but this didn’t stop him from carrying out his command of the ship’s cannon batteries. This dedication would earn him a commendation for his bravery and jumpstart his military ascension.

With a new name and military merit under his belt, Isoroku Yamamoto became a lieutenant commander before being sent to flight training in Kasumigaura in 1924. During his tenure in Kasumigaura, he was promoted to captain and assigned to a tour in the U.S. as a naval attache in Washington.

While serving in the U.S., Western habits and practices had a profound effect on Isoroku Yamamoto. Though some of these were comparably positive, like his newfound love for poker, Yamamoto also began seeing American officers in the Navy in an exceptionally bad light.

After his stint in America, he took his poker addiction and bad opinions of America’s military officers back with him for ten years of aircraft command. He was in charge of the aircraft carrier Akagi and gained a widespread reputation amongst aviation officers.

He was eventually promoted to rear admiral in 1929, at which time he was also appointed chief of Japan’s Technological Division of the Naval Air Corps. Here, he spearheaded the program responsible for producing the Zero fighter aircraft, also known as the Mitsubishi A6M or Navy Type O.

The Events Leading Up to Pearl Harbor

By 1934, Isoroku Yamamoto had proven himself a strong leader in the Naval Air Corps, which meant he was officially ready for one of his biggest commands yet. He was put in charge of the First Carrier Division, heading a Japanese delegation to the London Naval Conference in 1935.

After successful negotiations during the London Naval Conference to tighten regulations on submarine warfare and ship creation, Yamamoto saw the potential in aircraft carriers over battleships.

Having spent much time in the U.S. during his posting in Washington and his English studies at Harvard from 1919-1921, he knew the industrial capacity of the U.S. was too strong for Japan to win a frontal attack. Thus, a surprise attack was their only chance at forcing the U.S. into a treaty and allowing Japan the freedom to invade East Asia.

The Role of Isoroku Yamamoto in Pearl Harbor

Isoroku Yamamoto wasn’t just commander-in-chief of the fleet that led the Pearl Harbor bombings; he was the chief officer responsible for conceptualizing the attacks.

Yamamoto was a major proponent of a detailed plan outlining the logistics of the Pearl Harbor attacks and pushed for its embrace throughout several spheres of the government and military. Though he knew the industrial system of the U.S. couldn’t easily overcome such an overwhelming attack by his fleet, one part of the attack that Isoroku Yamamoto did not count on was the response from the American public.

The U.S.’s reaction to the surprise attacks enflamed the nation and ensured a long, devastating war, where Isoroku Yamamoto had hoped it would be a short, decisive battle. This is perfectly captured by Isoroku Yamamoto’s sleeping giant quote: “I fear all we have done is to awaken a sleeping giant and fill him with a terrible resolve.”

After the 1941 attacks, the admiral faced more disappointment during the Battle of Midway, in which his plans for attack and overall objectives were too convoluted to be properly understood and executed.

Not to mention, the U.S. has obtained intelligence beyond what Yamamoto had prepared for, leading to even more embarrassment – and fatal consequences – on his part.

In April 1943, the U.S. received word of Yamamoto’s flight plans through the South Pacific. The admiral’s plane was shot down by American forces close to Bougainville Island, and Yamamoto died as a result.

Though Isoroku Yamamoto’s plan to launch a surprise attack on Pearl Harbor proved devastating and deadly for the U.S., he failed to take into account American patriotism and resolve, paving the way for Japanese failure and the ultimate consequence for himself.