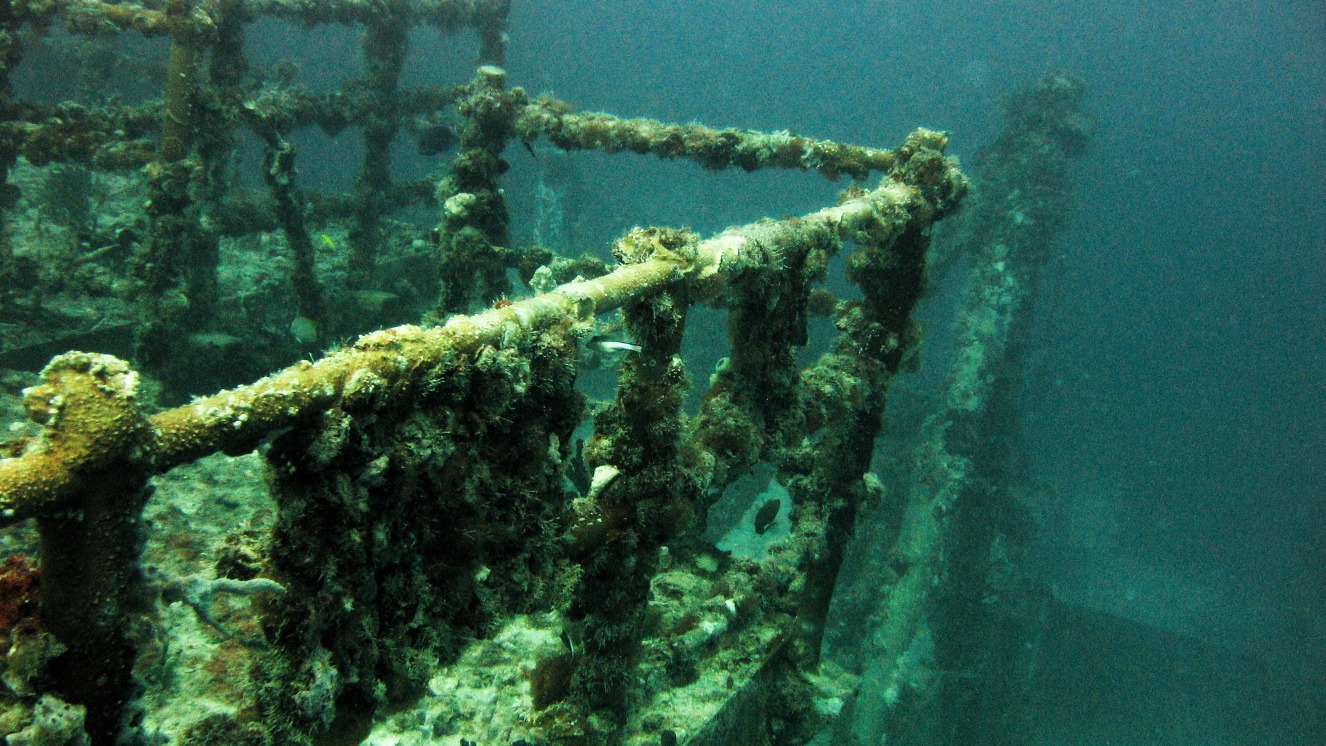 Spiegel Grove was commissioned in the year 1956 and was decommissioned in 1989. The ship helped enforce America’s strategy of containment for the Cold War. After being decommissioned, it sat in a “mothball fleet” in James River, Virginia, before it was acquired by Monroe County in June 2001.

After the ship was cleansed intensely in Virginia, it was sent off to Key Largo in 2002, where the sinking took place.

May 17th, 2022, marked the 20th anniversary of the sinking of Spiegel Grove, a former 520-foot-long Naval ship. The ship was intentionally sunk 6 miles off of Key Largo in Florida. The ship had earned international notoriety when it sank prematurely in 2002.

Suggested read: Remembering the Battles of Lexington and Concord on Their Anniversary

The Sinking of Spiegel Grove

The Spiegel Grove shipwreck is the largest ship that was ever sunk to create a new reef for divers. Originally, engineers put together a plan to only partially sink the ship at first. At the last minute, they would flood the remaining compartments so the ship could effectively sink straight down.

The ship was sunk with its upside-down bow protruding above the ocean’s surface. On June 10th, 2002, a massive premeditation effort began, which resulted in Spiegel Grove sinking on its starboard side.

Three years later, the naval ship was pushed into its intended upright position by strong currents and waves generated by Hurricane Dennis. USS Spiegel Grove is now upright on the bottom of the ocean about 130 feet below the surface.

It is said by Key Largo dive operator and sink project manager Rob Blesser that, “The Spiegel Grove is a story that Hollywood would never have been able to script in a million years.”

Scuba Diving in the Florida Keys is a very popular tourist attraction. If you are vacationing in the Keys and you stumble upon a local diving shop, you may come across the Spiegel Grove dive map.

The Spiegel Grove wreck in Key Largo is a must-do dive that is recommended by diving enthusiasts. With the ship measuring 510 feet in length and 84 feet at its widest point, the moment it makes its appearance under water is said to be breathtaking. The ship bottoms out around 130 feet underwater, and the best parts of the dives that are accessible are between 70 and 90 feet.

The Spiegel Grove wreck dive is available almost daily in Key Largo, Florida. The dive offers two tank-dive trips that let you visit the Spiegel Grove shipwreck on the first dive and a nearby shallow reef for the second dive. This shipwreck is recognized as one of the greatest artificial reefs in the Florida Keys, as well as one of the world’s largest and most successful artificial reefs.

There are also other dives that allow you to explore more of the wreck.

What To Know When Planning Your Dive

When diving the wreck, advanced-level diving certification is required, as the Spiegel Grove dive is very deep. It is also required that your last deep-dive experience was no longer than one year ago. Scuba Diving the Key Largo Spiegel Grove wreck is sometimes compared to climbing Mount Everest. Even if you’re a diver with advanced credentials, there are certain areas of the ship that are off-limits.

If you don’t have an advanced-level certification but are currently diving and are 15 years of age or older, you are able to dive the Spiegel Grove coordinates with a dive guide. It is recommended that, no matter your certification level and dive experience, you are accompanied by a dive guide while you explore the wreck, as the guides can give you a tour so you don’t miss out on anything during your experience!

Almost immediately after the sinking, the ship attracted underwater life and has become the backbone of the artificial reef system that developed around the area. What divers can expect to see during their dive is algae, sponges, and coral mingling with 130 species of fish. Goliath Grouper, barracuda, and large jacks are some of the species that divers may spot within the Spiegel Grove Key Largo dive.

The water located in Key Largo is very clear, so it is possible for those who are diving or snorkeling in the Florida Keys in the upper levels of the water to have a good bird’s-eye view of the ship.

Recently, divers attached a commemorative plaque to the ship as a celebration of the 20th anniversary of its sinking. This plaque recognized the project’s multi-million-dollar supporters, military personnel who were stationed on the ship when it was commissioned, and a group of Navy Veterans who served on the Spiegel Grove.

Read next: A Look Back at the Impact MASH the TV Show Had on Americans