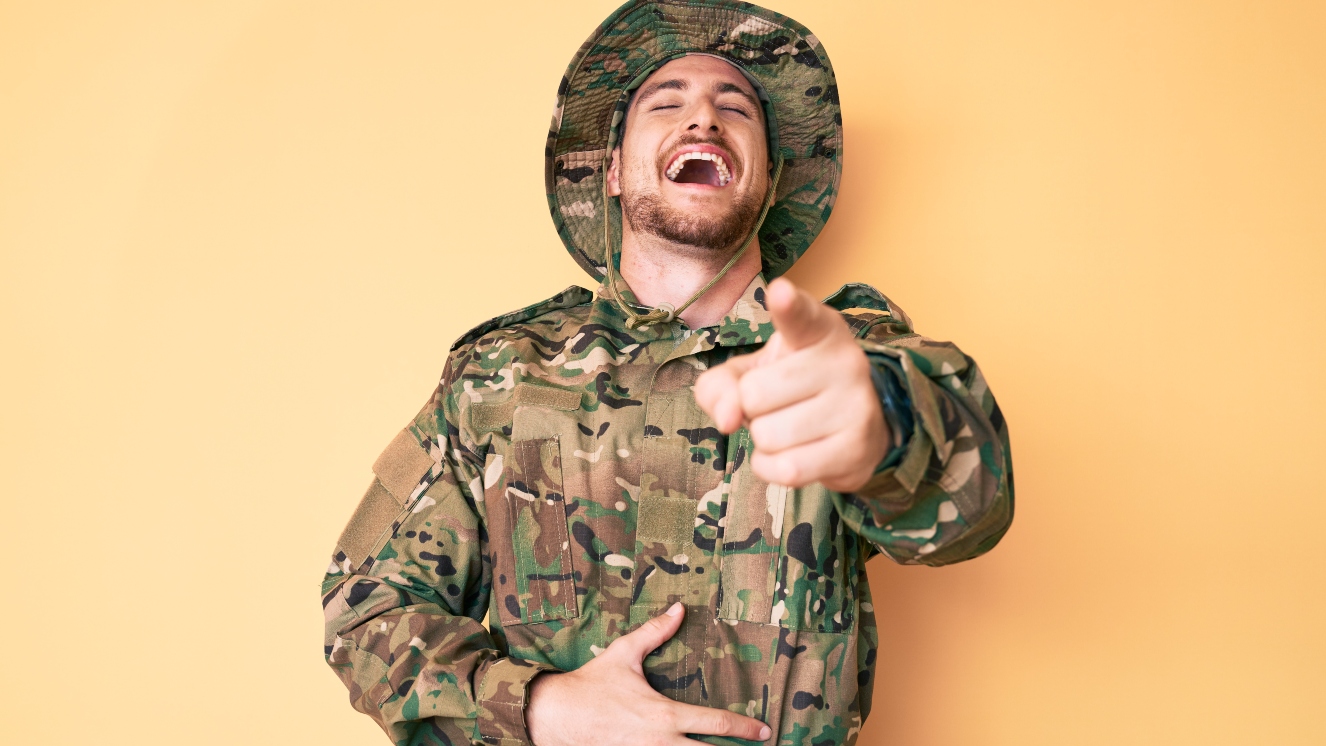 Being in the military is no laughing matter, but you know what can liven the spirits of those who serve or have served? Military jokes! Funny military jokes are a great way to bring some morale to our service people, so whip out a few of these military jokes at your next gathering of family or friends to get some guaranteed laughs.

WARNING: Tons of dad jokes lie ahead. Proceed at your own risk.

18 Military Jokes That Are Bound To Get Laughs

Looking for military boot camp jokes? We have one or two in here! Want some really over-the-top, cheesy jokes about the military? Trust us; we have plenty of those, too. If at least ONE military joke below doesn’t make you giggle, well, we’d be concerned.

Related read: 11 of the Best Veteran Memes That Perfectly Sum Up Veteran Humor

1. What do you call a military officer who goes to the bathroom a lot? A LOOtenant!

2. What do you call a training sergeant who’s very kind and respectful? A drill serGENTLEMEN!

4. What should have been the day we chose to celebrate World Military Day? March forth!

5. An officer calls a young Soldier to attention, scolding him for not attending camouflage training that morning. “Thank you, sir.” the Soldier responds.

6. What do you call a group of kids who enlists in the military? The INFANTry!

7. Oh, you’re a troop who survived pepper spray AND mustard gas? Well, I, too, am a SEASONED Veteran!

8. Why does the military have a strict dress code for ceremonies and events? Civilian CASUAL TEES are not acceptable.

9. Why do optometrists set their clocks to military time? They want their patients to see 20:20!

10. What do you call someone who joined the military out of spite? A PETTY officer!

11. Why didn’t the troop tell anyone about their rank in the military? It was PRIVATE.

12. What is a Soldier’s least favorite month? MARCH!

13. What does ARMY mean to you? “A Recruiter Misled You”

14. Why did the Soldier bring a blanket to an active battle zone? He needed COVER!

16. Why is the United States Air Force the most patriotic military branch? They’re U.S. AF!

17. What grades do you need to get to join the Navy? At least SEVEN Cs!

18. What’s the difference between a special forces member of the Navy and an otter? One is a SEAL, and the other is an otter!

Related read: When Is Military Appreciation Month? Why Do We Celebrate It?

Sure, it’s hilarious to poke fun at rival branches sometimes. But other times, we also want some good clean humor with no chance of ruffling feathers. Jokes about “crayon eaters” and narcissistic Air Force personnel will never get old, though. You should always use any of that variety of jokes sparingly.