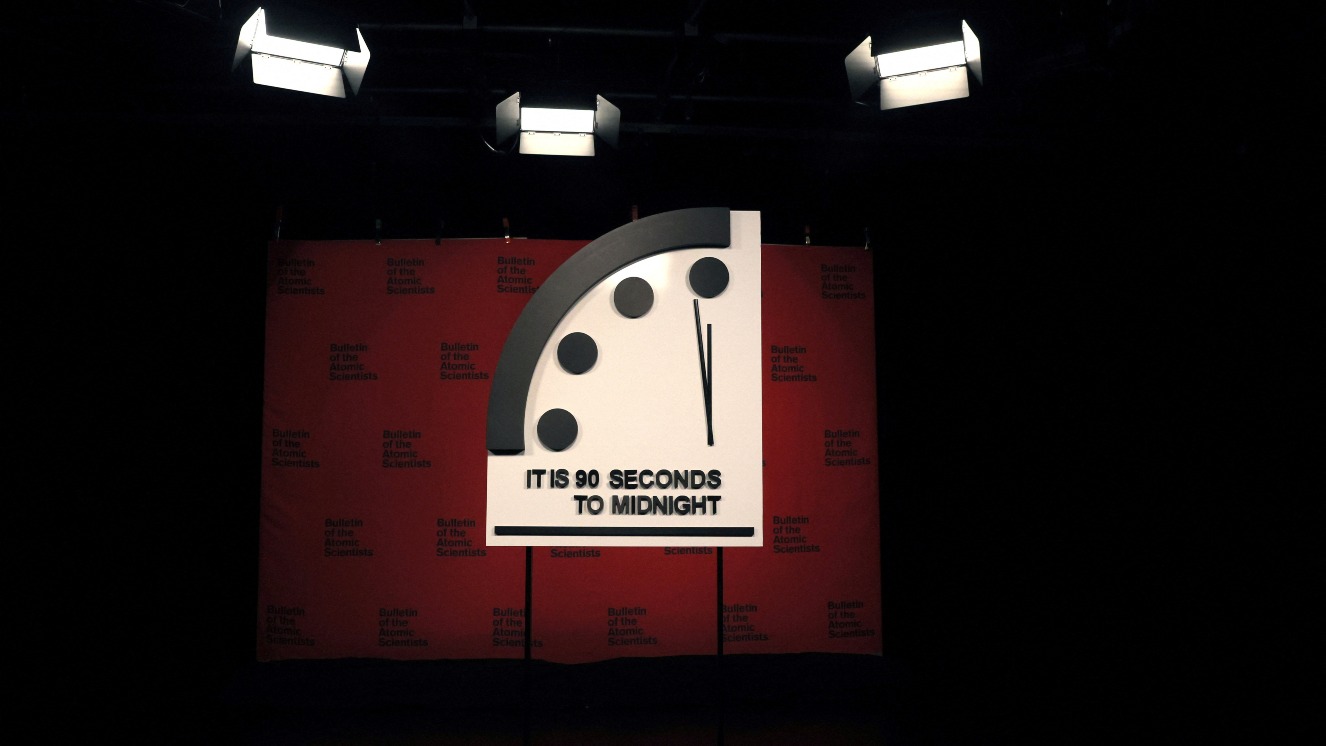 The good news about nuclear weapons is that if all of them go off at once, this big blue marble won’t cease to exist. But the bad news is that it would take far less to make it uninhabitable for mankind. Ever since we figured out how to make nukes, one of the issues has been stopping their spread, and as tensions rise across the geopolitical world, it only means that the chances of someone using those weapons increase. To help the world visualize this threat, in 1947, the Doomsday Clock was created. In 2023, it’s now closer than ever to a catastrophe.

What Is the Doomsday Clock?

The Doomsday Clock is maintained by members of the Bulletin of the Atomic Scientists. It acts as a metaphor for the chance of a catastrophe caused by humans affecting the world. The non-profit maintains this reminder, as it was started by scientists who helped bring the Manhattan Project to life.

Depending on the state of the world, the clock’s hands will move closer to or farther away from midnight. The closer the time is to midnight, the more likely that there will be a widespread nuclear disaster.

Looking at the Atomic Scientists’ Doomsday Clock is a grave reminder these days. There are several nations capable of contributing to the destruction of mankind through nuclear holocaust. When looking at nuclear weapons by country, however, the United States and Russia are leading the charge.

Even with China coming in third place, the Asian superpower pales in comparison to both the U.S. and Russia by several thousand warheads. This is one of the core concerns at the heart of the invasion of Ukraine by the Kremlin.

The “special military operation” which continues to go on has always been a war that would put Europe on edge. Specifically because of the creation of NATO, which aims to deter the use of violence in the continent and elsewhere.

Even more specifically, it’s a treaty in place to prevent nuclear war with Russia. The idea involves nuclear deterrence and all sorts of fun stuff like mutual destruction (also known as, you press the button, we do too, nobody wins, and we all die).

When such measures work, there’s peace, but when they don’t, things become interesting very quickly. Now, as the war continues and tensions intensify, the Doomsday Clock is closer than ever to striking 12, and we have a host of concerns on our hands.

What Is the Doomsday Clock at Right Now?

Doomsday Clock 2023 says the world is closer than ever to global catastrophe, as it was moved to 90 seconds until midnight. The adjustment comes after Russian threats and the ongoing war they insist upon in Ukraine.

This unsettling development pushes the world closer than the previously held 100 seconds to midnight. While it should be noted that other factors are also pushing the clock, including the threat of another pandemic and continued worries about climate change, things look bleak. The Doomsday Clock was created by a variety of scientists, including Albert Einstein, in 1945. There have been other instances in which humanity has faced less “time” than one might find comfortable, but this year is a new benchmark.

What Happens When the Doomsday Clock Hits Midnight?

When the Doomsday Clock hits midnight, in all likelihood, it could mean a large-scale nuclear conflict where mankind ceases to exist. This mass extinction, however, has been avoided thus far, and even as things look less than encouraging, the hope is that humans continue to do what we are best at: surviving against less-than-favorable odds.

Suggested read: Should We Be Worried About Russian Military Strength?