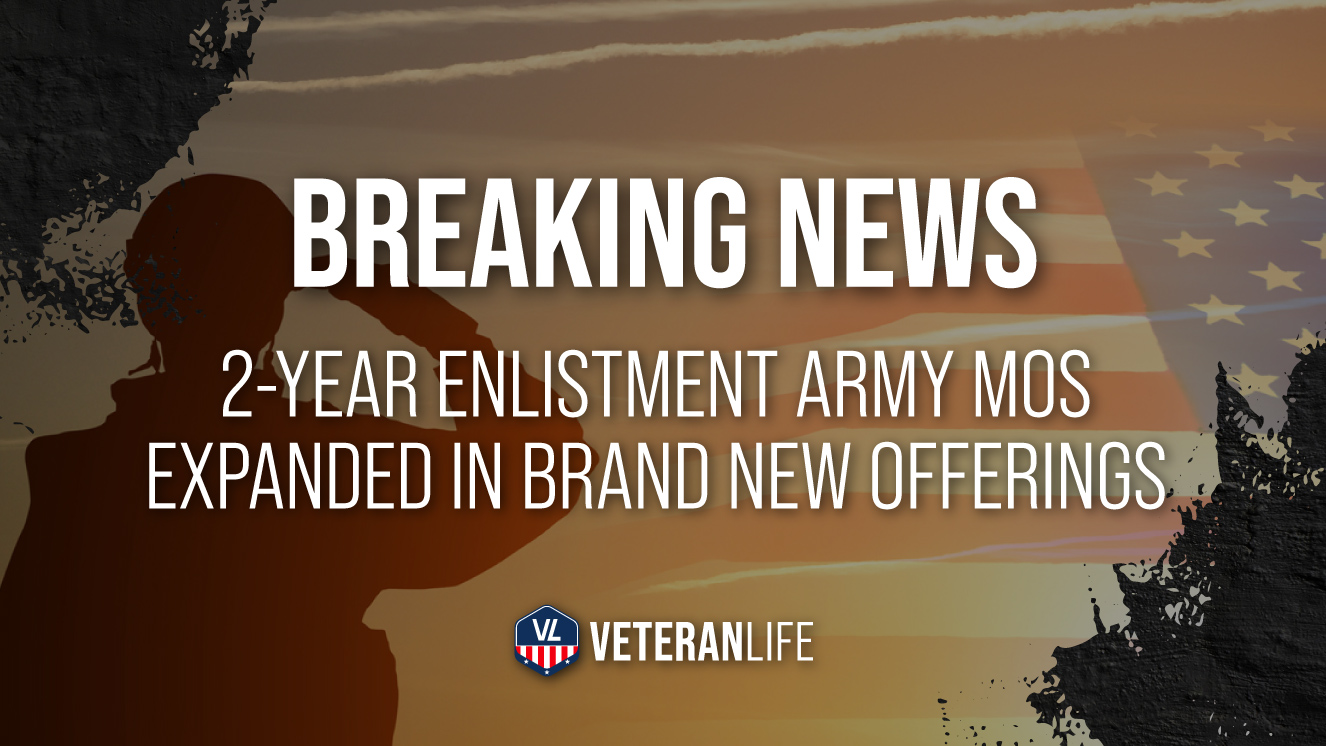 The press release tells us that 2-year enlistment Army MOSs (or Military Occupational Specialties) have been expanded for between 84 and 91 different career fields – great news for people who want to serve without making a long-term commitment.

Major General Jeffrey Snow of USAREC believes that this 2-year enlistment Army MOS expansion will appeal to younger people looking for a different path during transition periods of their lives, such as the time between high school and college.

Snow also sees this as a good opportunity to allow more current service members to ETS into Veteranhood and retire after years of dedicated service to their country.

Can You Enlist in the Army for 2 Years?

Enlisting in the U.S. Army for two years has long been a viable and attractive option for people who are unsure if military life is really for them. However, the Army has never offered such wide-ranging 2-year Army enlistment jobs.

If you have a family member who is debating joining the military, now is one of the best times to sign on to be a Soldier in the U.S. Army – regardless of if the service contract is for just two years or longer.

What Jobs Are in High Demand in the Army?

No matter your area of interest, the expansion of 2-year enlistment Army MOS offerings means you can find an exciting and meaningful Army career. With more than seven dozen unique two-year options, you pretty much have your pick of U.S. Army occupations.

You can find the full, official list of 2-year enlistment Army MOSs here, but below are just a few of the unique offerings you can take part in with a two-year service contract:

On top of these, there are tons of mechanic, operator, and repair jobs. Check the extended list or talk with your recruiter about how to get started in your field of interest.

More like this: Veteran Rant – Just Because I Was an Army Medic Doesn’t Mean I’m a Dr.

What Happens After I Join the Army & Serve My Two Years?

If you’re opting for a shorter service contract with one of the new 2-year enlistment Army MOS options, you’ll also be required to serve two years as a reserve member of the U.S. Army and four years as a member of the Inactive Ready Reserve (IRR) – totaling eight years of active and inactive service.

The IRR is a group of service members who are trained and used to be in active service. IRR members can be summoned back to active duty if the U.S. Military needs to replace troops or Army Reserve units or if there is a national crisis.

IRR members are not obligated to take part in military activities and usually do not get paid during their time in the IRR.