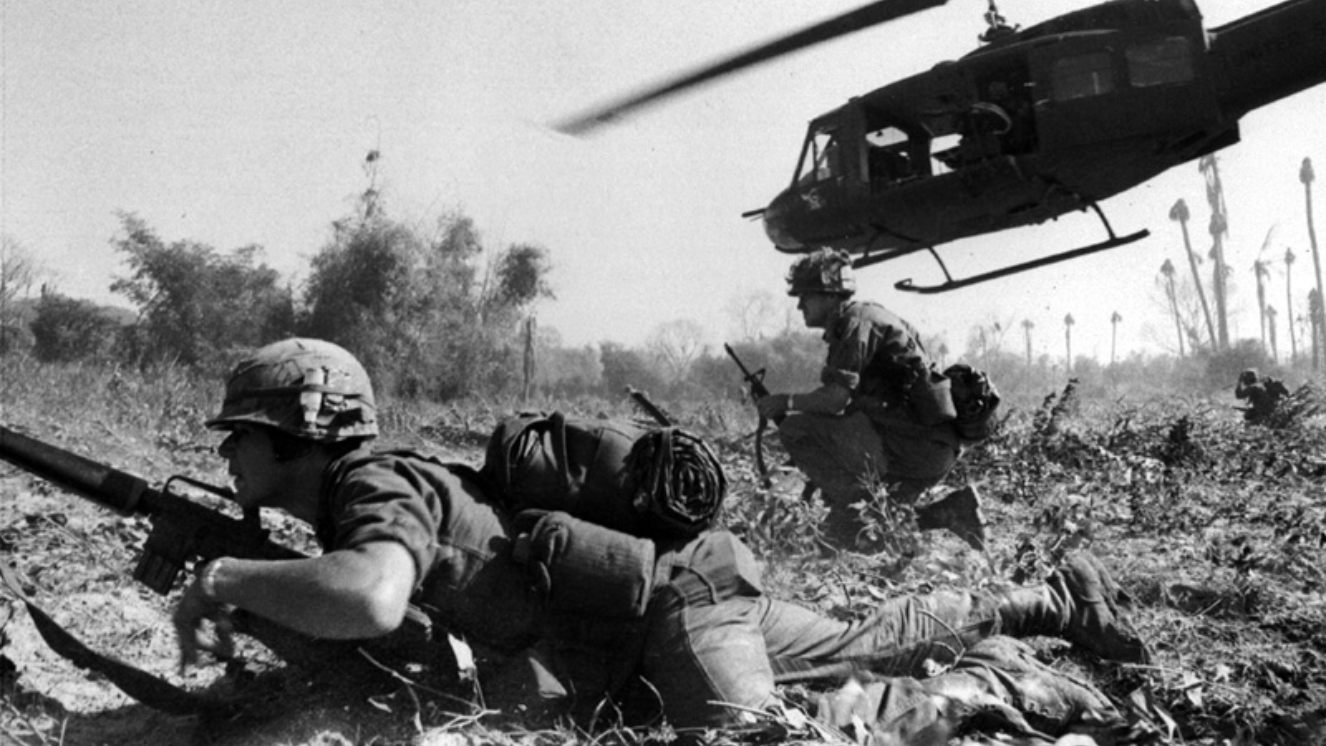 Officially, the United States entered the Vietnam War in 1955; however, more direct involvement wouldn’t come until August 1964. But things would truly intensify for the American Armed Forces on November 14, 1965, during the Battle of Ia Drang. Any conflict’s first battle between two warring factions is going to be a big deal, but this engagement was much more than simply the start of one of the most controversial wars in U.S. history.

Who Won the Battle of Ia Drang?

America was the winner of the Battle of Ia Drang, a five-day period of fighting that marked the first bout of armed conflict for the U.S. in the Vietnam War. But the tragedy of LZ Albany, one of the contested areas in the conflict, is the price it took for victory.

Huey helicopters rushed to rescue wounded Americans. Bloodied, injured, and killed troops were piling up on both sides. Civilians were caught in the middle of everything. The list goes on and on. How things went down is more than enough to make anyone question how to define victory in an activity so vicious.

The U.S. was involved in the Vietnam War long before the first real conflict came to be. Nevertheless, in the Battle of the Ia Drang Valley, a battalion from the 1st Cavalry Division would find itself under attack from an ambush by the 8th Battalion of the North Vietnamese 66th Regiment.

A key focus of combat in the area at this time focused on landing zones. Days before the 1st Cavalry Division engaged with North Vietnamese forces, the 7th Cavalry was already fighting a sizable amount of North Vietnamese troops at Landing Zone X-Ray, part of a base found in the Cheu Pong hills (Central Highlands).

The 7th Cavalry of the 2nd Battalion would move to Landing Zone Albany, across the country, at the conclusion of that battle. While waiting to leave via helicopter, the ambush would commence.

As is the case with an ambush, combat was fierce to the advantage of the attackers. The North Vietnamese forces had established fighting areas, whereas the Americans had to scramble for a strategic position.

Night came, and with it came the anticipation for the North Vietnamese troops to attack, only they didn’t. U.S. Forces had flares to illuminate the battlefield from the U.S. Air Force, causing the enemy forces to rethink the attack and eventually retreat.

The Battle of Ia Drang was declared a victory by American military leaders, but that doesn’t truly paint the full picture. It’s believed that between 834-1,834 North Vietnamese died during the Landing Zone X-Ray conflict. But elsewhere, things get tricky.

Landing Zone Albany would see 650 Americans dead and many others suffering from injuries. Additionally, as many as 350 South Vietnamese fighters may have also been lost.

Yes, 400 enemy troops were taken, but the casualties and harm felt on both sides are a stark reminder that “winning” in war is subjective.

Why Was the Battle of Ia Drang Valley Significant?

The significance of the victory at the Battle of Ia Drang shows itself in many areas. It’s obvious that the first major armed conflict between two sides is always significant, but this victory had a lasting impact on the entirety of the Vietnam War.

It proved that the war could be won but that how it would be fought was far different than anyone could have imagined. Furthermore, it proved that the conflict would bring together determined North Vietnamese forces that were ready for an intense conflict.

Many books and films have retold stories from the battle, as it was exceptionally heinous, even for the battlefield. Overall, the conflict’s impact is one still found today as one of the defining moments in warfare for the Vietnam War.

But this is no place for a contest; the Vietnam War saw the loss of more than 58,000 American troops throughout the conflict. The Battle of Ia Drang was one of many instances where brave people serving their country were sadly brought into the worst that military service has to offer.

Read next: The Battle of San Jacinto Helped Shape America