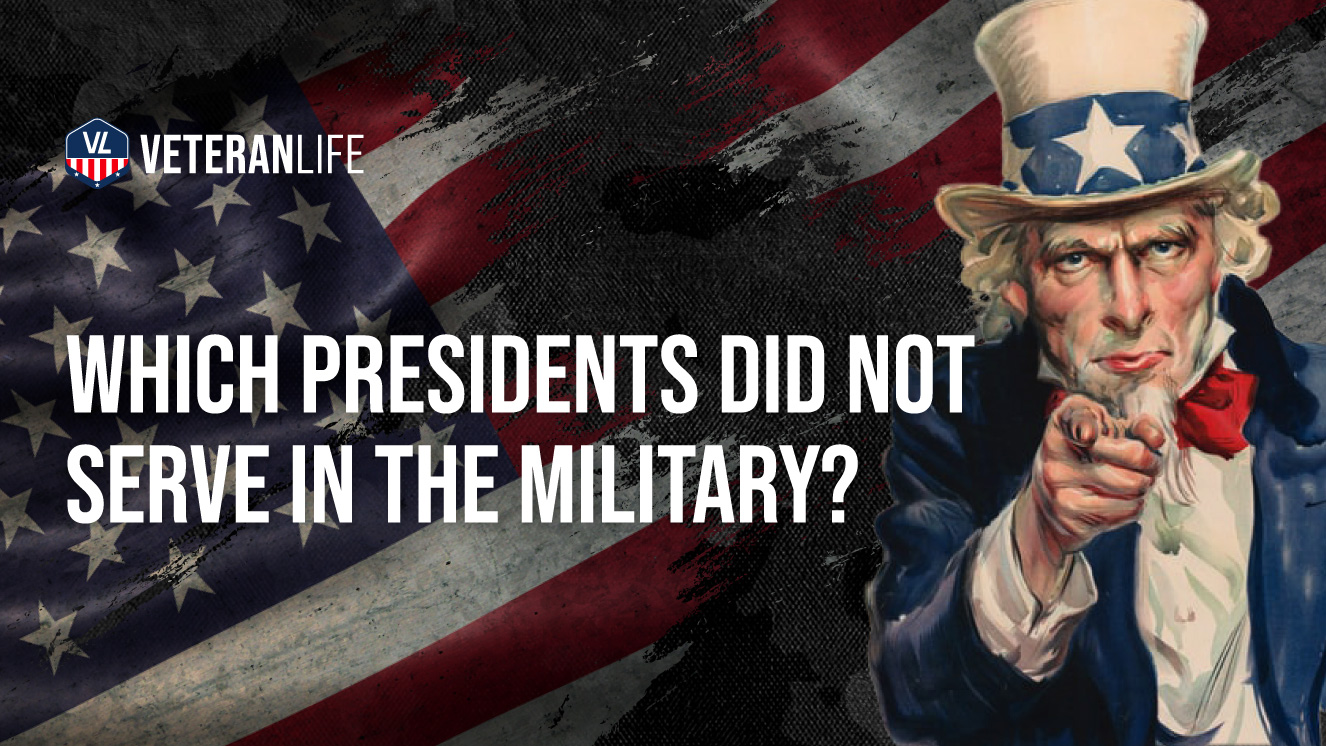 People like to laugh at some of the more recent presidents for their lack of military service, but Commanders-in-Chief like Biden and Trump were far from the first presidents to forgo military service. Hate to break it to ya! You’ll just have to come up with some other piece of mud to sling at the other side of the fence! So let’s dive into the list of what presidents did not serve in the military and what they did, instead.

So what about the others? Which presidents served in the military? You can learn some of their stories here: 3 Stories of Presidents Who Served in the Military (2022 Edition)

Which Presidents Did Not Serve in the Military

Below, we’ve included the tally of which presidents did NOT serve in the military so that we know how many clowns we’re dealing with. By last count, 14 presidents don’t have any service in the US Armed Forces under their belt (as opposed to 31 presidents who HAVE been in the military). Yeah, we’re all rolling our eyes here, too.

It’s crazy to think that there were this many presidents not in the military at any time in their lives. Let’s point and laugh at these chumps!

Okay, we’ll be the first to acknowledge that a few of these presidents may have had totally legitimate reasons for their lack of military service. But if you’re thinking FDR, you’d be oh, so wrong! According to historians, he didn’t begin showing symptoms of polio until he was 39 years old – well past the initial age that many presidents entered the military.

However, it doesn’t take badass military service to serve your country in a meaningful way, though all of us here at VeteranLife know that it definitely adds something a little extra to the Oval Office.

For example, our second president, John Adams, did not technically serve in the military during the time of the Revolutionary War. However, he served the country in an equally important way. For all intents and purposes, he pretty much acted as the Secretary of War during this time, having organized, equipped, and maneuvered soldiers against the British opposition. He was also one of the biggest proponents of Washington’s election to the presidency. He may not have had boots on the ground, but John Adams played a huge role in military efforts of his time, so we’d say he earned his pass.

When discussing which presidents did not serve in the military, there’s an obvious one to point out, so let’s move on to the elephant in the room: William Howard Taft. (Now, whether that *little* joke was accidental or intentional, you’ll never even know.) It’s very well known that William Howard Taft wasn’t just fat – he was severely obese by any standards, weighing in at 314 pounds (at the very least) with a BMI of 40 at minimum. At Yale, his father encouraged him to opt out of playing sports – he particularly enjoyed baseball – to focus on his academics. Way to go, dad! The military probably wouldn’t have taken him in his… shape anyway, but he did go on to become the official Secretary of War during Teddy Roosevelt’s presidency. Don’t be a Taft! Check out our trending nutrition blog, written by a fellow Veteran: Finding a Veteran-Approved Nutrition Plan That Suits Your Civilian Lifestyle

Woodrow Wilson is not one of our 31 Veteran presidents, and most of us can probably agree that he was still way too close to war efforts for anyone’s good during his presidency. Some of his actions directly contributed to a catastrophic series of events overseas during the course of World War I. H*ll, maybe if he had served in the military before his presidency, he might not have made such a mess of things.

Herbert Hoover is another among these presidents without military service, but he was busy making a name for himself before his presidency in a pretty interesting way that served civilians worldwide, probably even better than he could have in the military. Hoover was well-known for his public service, having been a renowned humanitarian and engineer. During the Boxer Rebellion, he risked his life to save the lives of many Chinese children caught in the crossfire in Tientsin. After the United States decided to join the war, then-president Wilson named Hoover as the head of the Food Administration, during which he succeeded in keeping the Allies well-fed and feeding those in overrun Belgium. If anything, we’re kind of glad Hoover didn’t serve in the military because he did so much good everywhere else he went!

As far as more current presidents go… Well, we’ll let you draw your own conclusions about them. You’re the Veterans, after all, so you’re in the best place to pass harsh and critical judgement on modern-day presidents’ lack of military service. And if you decide that the US presidents who didn’t serve in the military are chumps or that they’re champions, well, that’s a decision you’ll just have to live with on your own. Considering which presidents didn’t serve in the military, well, now you have a better idea of some of the reasons that their military career is nonexistent.

Let us know if you’d give a pass to any of these presidents who did not serve in the military and which ones you think have no good excuse by tagging us on Facebook, Instagram, or Twitter.