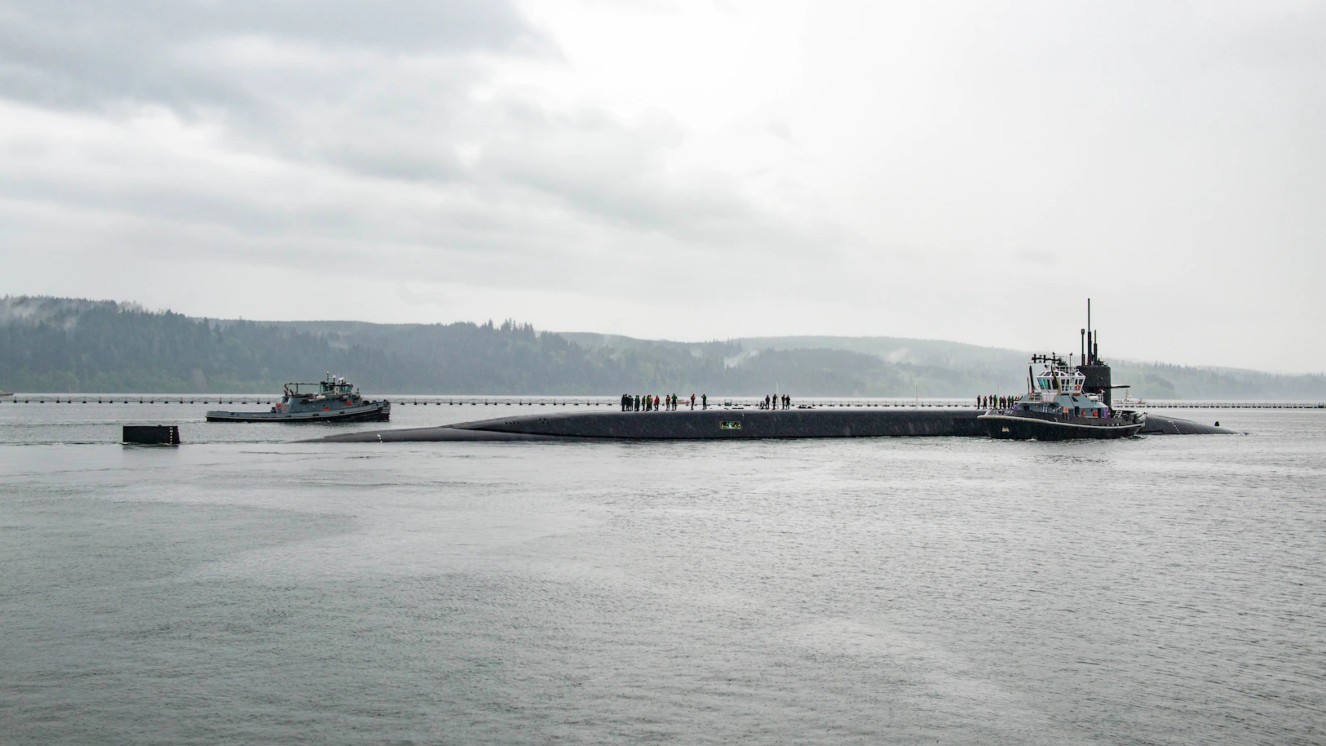 Following a three-year engineered refueling overhaul, the USS Maine successfully returned to strategic services back in 2020. The over 18,000-metric-ton submarine recently got news coverage for its abundant nuclear capabilities. With current threats from Russian President Vladimir Putin, nuclear weapon testing from North Korea, and a rapidly expanding nuclear arsenal from China, the USS Maine‘s mission is to deter nuclear threats strategically and stealthily. Let’s take a look at what makes this submarine one of the most powerful vessels to ever exist.

Related read: The USS Yorktown Is About To Cause Another Water Pollution Problem

What Makes the USS Maine So Special?

The USS Maine (SSBN 741) counts as the 16th ballistic missile submarine of the “Ohio class” in the United States Navy. It may confuse some people that the USS Maine SSBN 741 isn’t the original ship that suffered an explosion of unknown origin in Havana, Cuba. Instead, it’s the third U.S. Navy ship to carry on the name after the state. The Maine‘s keel was laid July 3, 1990, she was christened July 16, 1994, and she was commissioned in Kittery, Maine, on July 29, 1995. The USS Maine has been homeported at Naval Base Kitsap, Bangor, Washington, since December 2005.

Weighing a substantial 18,750 metric tons and approximately 560 feet in length, it’s hard to believe this sub is stealthy. But that’s exactly the truth. One aspect that makes the SSBN 741 so powerful is its ability to stay nearly undetected. Maine can travel 25 knots and go below more than 800 feet. The abundance of Trident ballistic missiles and nuclear warheads the sub can carry makes this ship jaw-dropping.

The USS Maine is capable of carrying up to 20 Trident ballistic missiles. Submarines specifically carry Trident II D-5 ballistic missiles, which can hold up to 12 nuclear warheads apiece – that’s 240 atomic bombs that can shoot up to 4,000 miles away.

To put it in perspective, just one of these warheads is around eight times more destructive than the atomic bomb dropped on Hiroshima, which killed roughly 140,000 civilians. With that kind of firepower, it’s no wonder the Ohio-class submarines, including the USS Maine, carry over 60% of the nation’s active nuclear arsenal.

Why Does the U.S. Navy Have a Nuclear Sub?

In an ABC News interview with Martha Raddatz, Vice Admiral Bill Houston, the commander of submarine forces, noted that the mission of the USS Maine was to prevent war and protect U.S., allied, and partner interests. The main goal of the USS Maine is to avoid war and maintain peace by having a sub that is exceptionally stealthy and armed to the gills. By having the USS Maine, the United States can deter any threat without being compromised.

The SSBN 741 is the perfect place to store trident ballistic missiles with nuclear warheads because the sub is almost all the way undetectable. By staying under the radar and being fully equipped with active nuclear weapons, the SSBN 741 can deter Russia or any country threatening nuclear war from attacking the United States or allied forces.

The Ohio-class submarines are a vital asset to the United States Navy and are equipped to defend. SSBNs hold approximately 70% of the nation’s nuclear arsenal and are entirely undetectable. By being heavily armed and difficult to find, the U.S. believes incoming threats will think twice before invading our country or one of our allies.

Holding over 15 Trident missiles and multiple nuclear warheads, the USS Maine is one of the most powerful and deadliest ships to ever exist. Now that it’s finished undergoing an engineered refueling overhaul, the USS Maine is expected to defend the United States and deter nuclear threats for a long time.

Read next: The USS Zumwalt Is a Multi-Billion-Dollar Mistake