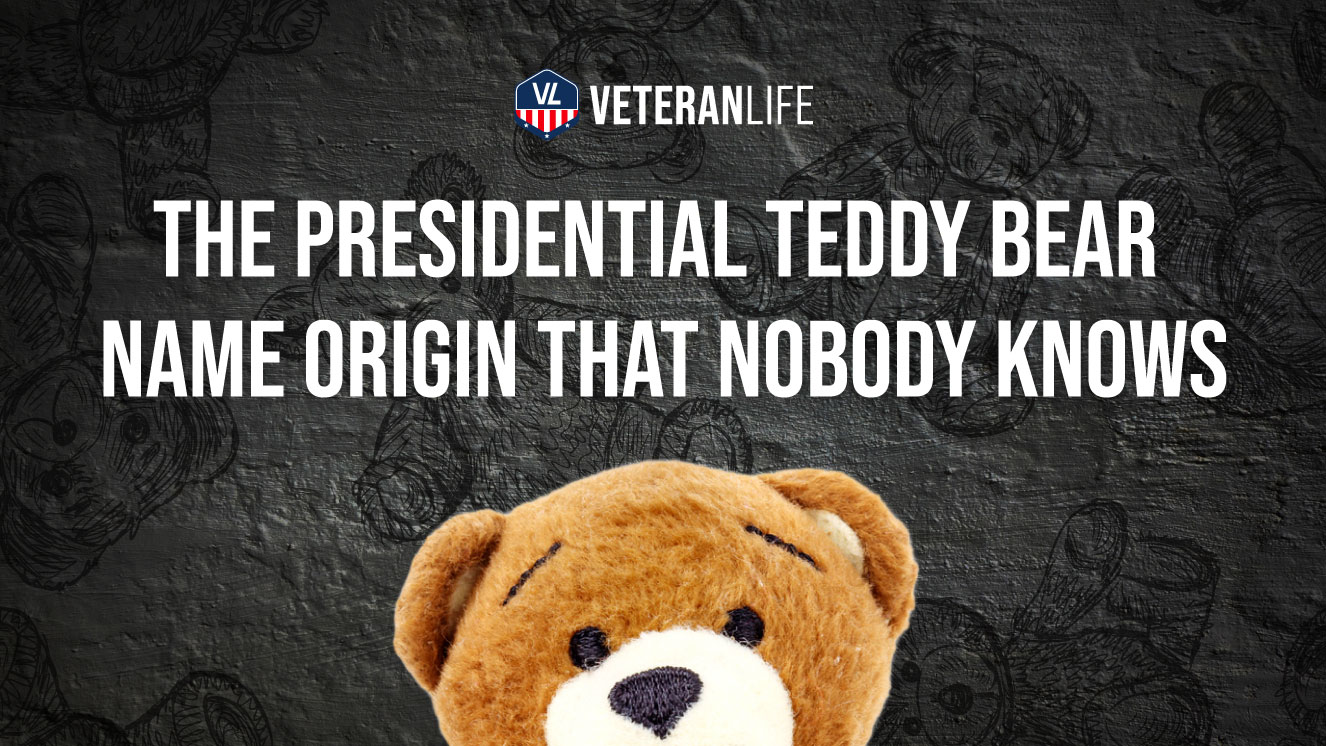 If you don’t know the secret Teddy bear name origin, and the U.S. president it’s named for, there’s no better day than today to find out! Teddy Roosevelt made many contributions to the country during his time in office, but little did he know that a hunting trip gone awry would lead to one of the most interesting origin stories ever.

We’re going back – way back – bypassing the Build-a-Bears and Squishmallows of 2022 and headed for the year that paved the way for them all.

The Anniversary of the First Teddy Bear

February 15th marks the original Teddy bear release date – the anniversary of the first appearance of the Teddy bear on store shelves. But who was the mastermind who invented the first Teddy bear?

Morris Michtom, an inventor and the owner of his own toy store, set the Teddy bear on sales shelves for the first time this day in 1903 – making this the Teddy bear’s 119th anniversary.

But what is the story behind it all – the origin of the first teddy bear? And how did this popular president spark inspiration for an even more popular, stuffed child’s toy?

PRESIDENT CALLED AFTER THE BEAST HAD BEEN LASSOED, BUT HE REFUSED TO MAKE AN UNSPORTSMANLIKE SHOT – Nov. 15th, 1902

Why a Teddy Roosevelt Bear?

Hunting was not an uncommon pastime for presidents of the era, and Teddy Roosevelt was well-known for his passion for hunting. He hunted everything from the exotic to the native, and bears were no exception.

However, he was also a man bound by a strict code when it came to hunting, and he preferred to keep his hunts ethical (at least his idea of ethical). That’s why, when his hunting party captured a black bear and tied it to a tree for Roosevelt to shoot, he refused to take a lethal shot, stating that it would be unsportsmanlike.

“I’ve hunted game all over America, and I’m proud to be a hunter. But I couldn’t be proud of myself if I shot an old, tired, worn-out bear that was tied to a tree.”

This act led to two extreme public reactions. The first was people praising Roosevelt for his moral code. The second was political activists decrying this act as an example of his indecisiveness as a leader.

Where the second group created less-than-positive political cartoons illustrating their dislike of Roosevelt’s decisions, individuals in the opposing group did the opposite. They created symbols meant to express Roosevelt’s kind heart and strong sense of ethics.

The Teddy bear was the perfect example of this. Morris Michtom even wrote to the president to get permission to name the bear after him – Teddy’s Bear, he would call it. Turns out, the Teddy bear name origin isn’t complex at all!

Though Roosevelt agreed to let Michtom use his namesake, he had no hope that the bear would amount to anything in the toy industry. That’s where he was woefully wrong. Hindsight is 20/20!

After the success of the Teddy bear, Roosevelt decided to use Teddy bear iconography as the main symbols for his 1904 re-election campaign – which was (as we all know) successful.

1906 saw a massive increase in the popularity of the Teddy bear, and in the same year, “Teddy bear” became the more popular usage over the original “Teddy’s Bear.” Between 1906 and 1912, several factories began mass-producing Teddy bears, and a number of famous pieces of media based on the Teddy bear were created.

Walt Disney got its grubby mitts all over the toy in 1924 with the animated film Alice and the Three Bears. This was shortly followed by one of the most famous Teddy stories in existence being created in 1926: A.A. Milne’s Winnie the Pooh.

In 2002, manufacturers created a 100th anniversary Teddy bear, which you can still purchase from sites like eBay for a pretty penny.

It’s obvious that the Teddy bear isn’t going anywhere any time soon. The Teddy bear name origin may not be entirely well-known, but now you can consider yourself among the lucky few to know this incredibly fascinating part of American history that has touched the lives of millions of kids and adults for over 100 years.

Looking to spend big bucks on a 100th anniversary Teddy? Save up for it by taking advantage of these 38 Year-Round Veteran Discounts