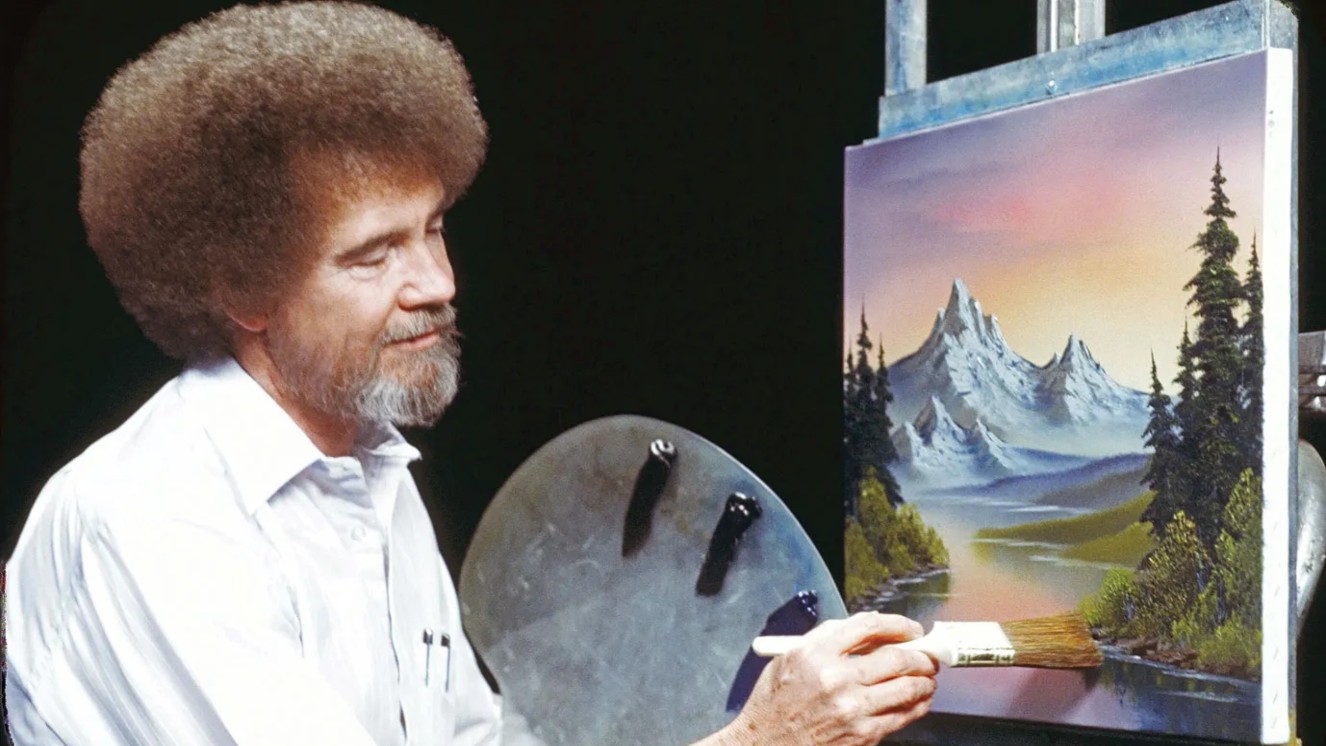 Many celebrities have served in the Armed Forces to help defend our nation. No matter what form of entertainment, from musicians to ball players to actors, you’ll be hard-pressed to find a section of the entertainment industry that doesn’t have famous Veterans. You may know Bob Ross for his iconic ‘fro, beautiful paintings, and feel-good attitude, but at least in part, some of the inspiration for his world-famous paintings came from a long, storied stint serving our nation. Bob Ross’s military run helped defend our freedoms and inspired paintings that would bring us joy for years.

Was Bob Ross in the Military?

Yes, Bob Ross’s military career is true and lasted 20 years. After enlisting at the age of 18, Bob Ross’s Air Force service would have him working in a starkly different environment than that which inspired his usual calm demeanor. This is because Bob Ross was a drill sergeant.

The military career of Bob Ross is something of a legend, but it’s absolutely true and helped craft the painter we all know and love. Ross wasn’t only a drill sergeant but would achieve the rank of master sergeant serving as a first sergeant at Eielson Air Force Base, Alaska.

This experience was profound, as it influenced Ross in a variety of ways that would help him become a household name. Firstly, as his profession involved more than a fair amount of yelling, this made Bob think about the way he used his voice. He chose to refrain from yelling after leaving the military, which is a big part of why his calming nature was so predominantly featured on television.

Secondly, while serving in the military, Bob Ross would become highly influenced not only by taking up painting but also by what he would choose to paint. Anyone that has spent any time watching The Joy of Painting will know that landscapes were a huge part of the subject matter being painted. The mountains and lush trees were part of Ross’s trademark style, as if he had handpicked them from the horizon of the Alaskan wilderness.

The stunning canvases and “happy little accidents” we would be blessed with for years might not have happened if not for Ross attending an art class while serving in Alaska. It was an Anchorage U.S.O. club where Ross would develop a love for painting and hone his skills. The club instructor and Ross didn’t always see eye-to-eye, which arguably helped spark more passion for Ross to develop his style. As the classes focused more on abstract artwork, Ross bucked the system and the rest, as they say, is history.

Bob Ross’s military service would serve him well in the form of discipline, which helped him accomplish so much in painting. There are plenty of amazing facts about the iconic painter, but over the course of his show, Ross would paint more than 1,100 paintings, with more than 1,000 of them being landscapes. Over the course of his artistic career, Ross would go on to paint an estimated 30,000 paintings.

ASMR, Art, and a Lasting Legacy

Bob Ross’s death in 1995 could have been the end of his great run, but his impact continues to be felt today. The Internet keeps the astounding imagery and calmness that Ross delivered alive through social media, ASMR content, and various pop culture references over the years. Bob Ross’s military service was a noble pursuit that would help prepare troops for the battlefield and Ross, himself, for fulfilling his ultimate destiny. A destiny that would end with inspiring millions of people across the globe through art, positivity, and character.

Related read: Was Gary Sinise in the Military & What Does His Vets Foundation Do?