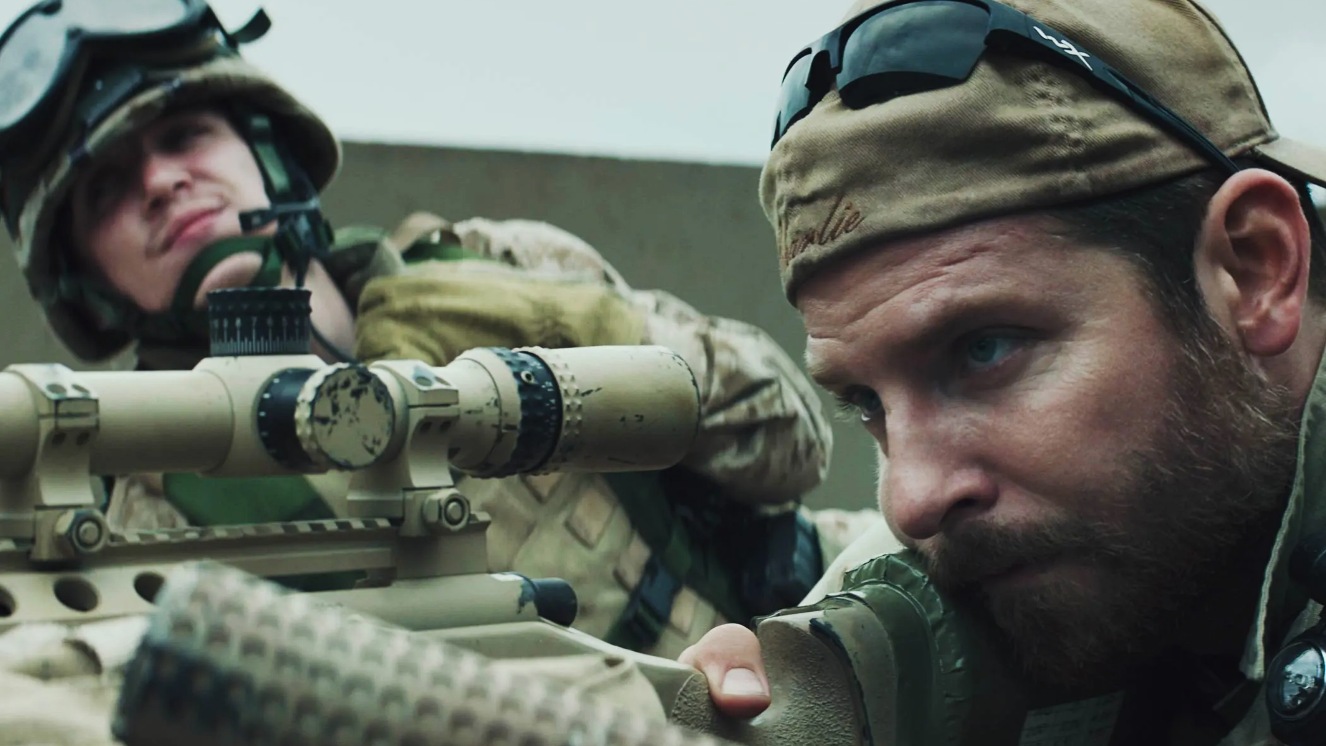 For the action-packed movie addicts who probably thought the new Top Gun could, well… use more guns – a sniper movie may be right up your alley. Whether you simply love a good rifle shot on screen, are drawn in by the non-stop action, or find yourself crushing on the ruggedly attractive main character, here are the best sniper movies you should definitely add to your watch list.

Similar read: 11 of the Best Military Movies in 2022 To Binge-Watch Now

Best Sniper Movies of All Time

The best sniper movies are not only known for their thrilling action scenes but also for their intense drama. The usual sniper hero’s journey is filled with war victories and personal losses, family, redemption, and complicated romance with a Hollywood twist. Many are often based on actual events and wars, but you Vets will surely know what’s real and what’s not. Let’s dive into the top 15 best sniper movies you’re gonna wanna watch this year!

Movie taste is subjective, so deciding on the best sniper movie ever is up to you. Nonetheless, to help you out, we’ve rounded up a few that we think could take the title of the best sniper movies of all time. High ratings on Rotten Tomatoes and honors like the Critics’ Choice Movie Awards all seem to agree.

You’ve more than likely heard of this popular classic. American Sniper is a biographical war drama adapted from the true story of the U.S. Navy SEAL Chris Kyle – the most lethal sniper in U.S. military history. Kyle’s unique skills have made him a top military asset while also putting a target on his back. This film captures the true sense of an American hero doing everything in his power to protect his comrades and provide for his family. American Sniper takes the top spot with one of the best sniper scenes in movie history.

Set in Iraq, The Wall follows two injured U.S. soldiers struggling to survive behind a small crumbling stone wall. The lead characters, Allan and Shane, seem to be in a hopeless situation as they fight against an unseen Iraqi sniper, based on the real-life Juba. Though much of the movie is set behind the collapsing wall, it does not fall short of intense suspense.

You may be already on board to watch this film because of Hollywood superstar Tom Cruise. When five innocent people are shot and killed on a random morning in a seemingly insignificant town, all evidence points to an ex-military sniper. That is until ex-Army member Jack Reacher agrees to be his defense and discovers that there might be more to the story. It’s the perfect investigative action film, and if you love it, you can watch its sequel, Jack Reacher 2.

Now, there aren’t a ton of war movies available on Netflix, but they house some of the top classics like Saving Private Ryan. Here are three gems we think deserve to be titled the best sniper movies on Netflix.

Tom Hanks once again gives a stellar performance playing Captain John Miller, who leads a group of his men behind enemy lines to find Private James Ryan. This moving picture takes you through each soldier’s personal journey as they risk it all to find their comrade.

Full Metal Jacket comes in as the oldest film on this list that Stanley Kubrick not only starred in but also masterfully directed. This feature follows a group of recruits from their days in rigorous boot camp to their fighting in the streets of Hue, Vietnam. Kubrick shares with us his take on the Vietnam War and the psychology of it all. If you enjoy intense themes and a little dark comedy, this one’s for you.

This war thriller follows an Explosive Ordnance Disposal team stationed in Iraq. Their beloved staff sergeant passes and is replaced by a maverick bomb expert whose sanity is questionable and puts him at odds with his team. Based on the accounts of a journalist embedded in Iraq, this Academy Award-winning picture is exciting and riddled with tension.

Amazon Prime truly gives its subscribers a full array of shows and movies to choose from. With so many great choices, it was difficult to narrow them down, but these are a few of our top-rated favorites and the best sniper movies on Amazon Prime.

The American is your classic assassin’s-last-mission scenario. George Clooney plays assassin Jack, who no longer wants any part of the lifestyle. He escapes to Italy and makes the mistake of falling in love. Now, with a target on his back, Jack is forced to finish one last mission.

Shooter is a crime mystery and thriller built on a juicy government conspiracy. When Bob Lee Swagger is called out of the blue for a government mission that ends in the president’s death, he doesn’t run. With his rifle in hand, he goes looking for answers – and revenge.

For an exhilarating action movie under two hours, Sniper: Ultimate Kill is a great watch. A Marine sniper is contracted by the Drug Enforcement Administration to target an infamous Colombian drug lord and his brutal assassin nicknamed “The Devil.” This film is arguably the best in its series.

Lone Survivor might take the cake as the most emotional war movie we’ve listed. We’re taken back to 2004 Afghanistan, where four Navy SEALs are deployed to remove a Taliban leader. With the choice to capture or kill, Marcus and his team choose to capture and consequently end up in the battle of their lives. We can’t spoil the ending, but we can tell you that tissues will be necessary.

WW2 has been a popular influence over cinema since 1948. Here, we find tales of American heroes, sacrifice, patriotism, and overcoming evil. Here are the best WW2 sniper movies not already on our list.

Enemy At The Gates is comparable to Saving Private Ryan in delivering a gritty and outstanding performance. Jude Law plays Vassili, a legendary Russian sniper who becomes the face of a political propaganda campaign. Alongside bloody battles in the city, love triangles form, and friendships are threatened. This remarkable war film is loved by many for its multi-layered drama.

Inglourious Basterds flawlessly transitions between multiple points of view and beams with humor. Aldo Raine, an allied officer, assembles a team of Jewish soldiers to obtain retribution with heinous acts of violence and take down Nazi leaders. Director Tarantino takes his audience on a thrilling and unbridled ride.

Rifles aren’t just for the boys, and who doesn’t love a good female protagonist? To end our list, we have the best female sniper movies you just have to see.

The talented Angelina Jolie plays an expert assassin in this witty and energetic number. To sum up this wild plot, an office worker finds a new life purpose after being recruited into a secret society of assassins. If you’re looking for a more lighthearted film from this list, Wanted is definitely your girl.

There have been great female assassins throughout history, like Lyudmila Pavlinchenko, better known as “Lady Death.” Battle for Sevastopol is a captivating story based on the real-life deadliest female sniper who makes her way from the battlefield in Russia to the U.S. for a second front. You’ll be drawn in by Lyudmila’s bravery and the gratifyingly realistic battle scenes.

Fortress: Sniper’s Eye was just released in April 2022, and although the verdict is still out on whether this film can be considered one of the best sniper movies, we think it’s a worthy watch. Don’t forget to keep an eye out for upcoming releases, like the Chinese war film Sniper, that we’re truly excited for.

Ashley N. is an Editorial Intern and student with a passion for information and creative writing. In addition to content writing she enjoys creating music, trying new recipes, and sewing.