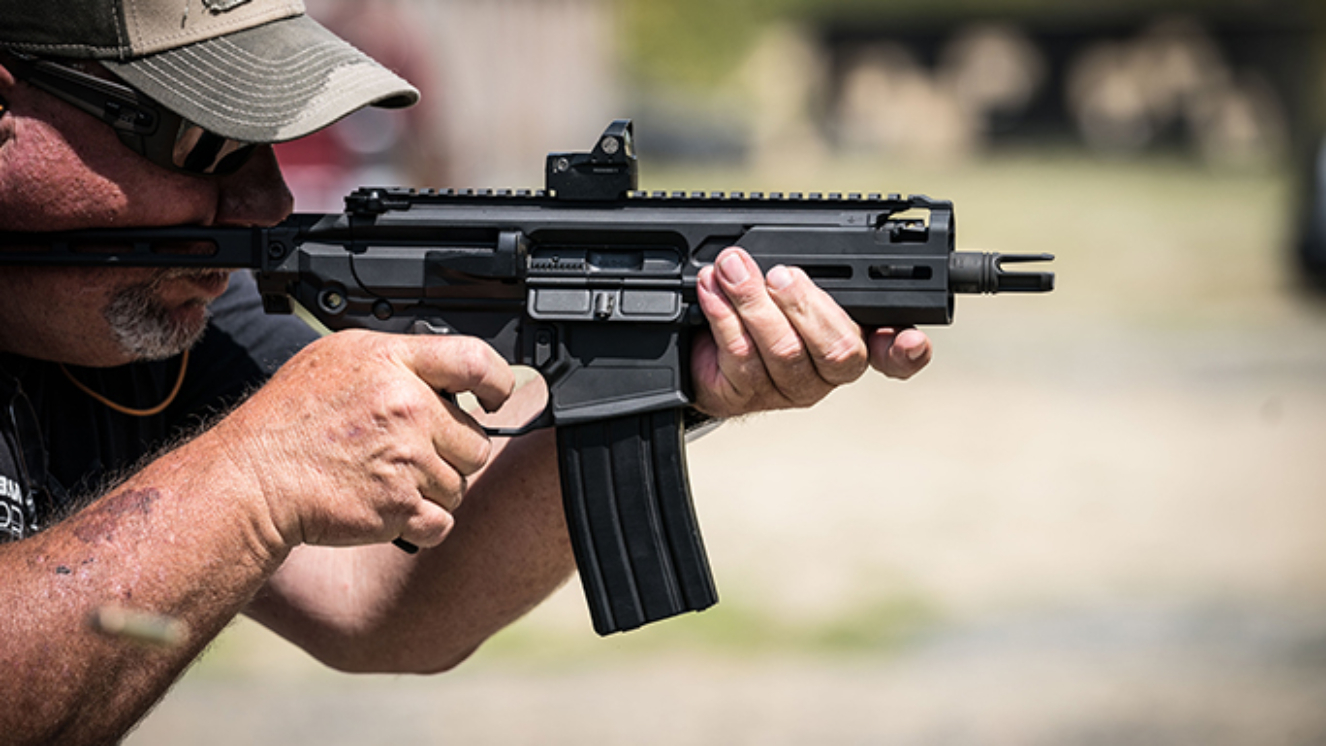 U.S. Special Operations Forces (SOF) will be wielding a new personal defense weapon (PDW) dubbed the Sig MCX “Rattler.” Since 2017, the SOF has been searching and testing rifles to replace the M4/M4A1, and the only vendor that fulfills the need for their Commercial PDW requirement is the Sig Sauer MCX “Rattler.” Compactable and lightweight, this rifle packs a punch for its size with both its 5.56mm and .300 Blackout caliber cartridges. Let’s take a look at why the “Rattler” warrants its position over the M4/M4A1 for Special Ops.

The U.S. Special Operations Command (SOCOM) started its journey looking for a new PDW based on the disadvantages of the M4/M4A1. One of the advantages SOCOM wanted that they couldn’t get out of the M4 was a compact and easily portable rifle.

The “Rattler” is a very compact and portable rifle that shoots powerful ammunition quietly and makes up for the M4A1 buttstock issue. Another reason the MCX “Rattler” is taking over is that it’s more reliable than the M4/M4A1. By using a gas piston system and dual recoil springs, the “Rattler” avoids jams. On the other hand, rifles like the M4 depend on a direct impingement system, which blows gas into the gun’s inner workings, causing it to jam more frequently.

SOCOM started studying new PDWs in 2017 based around the M4. The goal was to find a rifle with as much firepower as the M4 that was also compact and portable. In 2018, SOCOM produced 10 “Rattlers” for testing and analysis and went on to search for more weapons in 2019.

SOCOM had a few aspects in mind when picking a new rifle: size, portability, rapid fielding, and lethality.

After tests and analysis were done in 2019, SOCOM decided that the Sig MCX “Rattler” fulfilled their goal of finding a rifle that’s “a highly concealable .300 Blackout upper receiver group (URG)” and provides a “buttstock kit solution for the M4A1 platform.”

SOCOM made a five-year fixed firm price deal with Sig Sauer, but it hasn’t been disclosed how many rifles will be purchased or how much the order value will be.

Read next: Defense Contractors Do More Than Run Guns for the Government