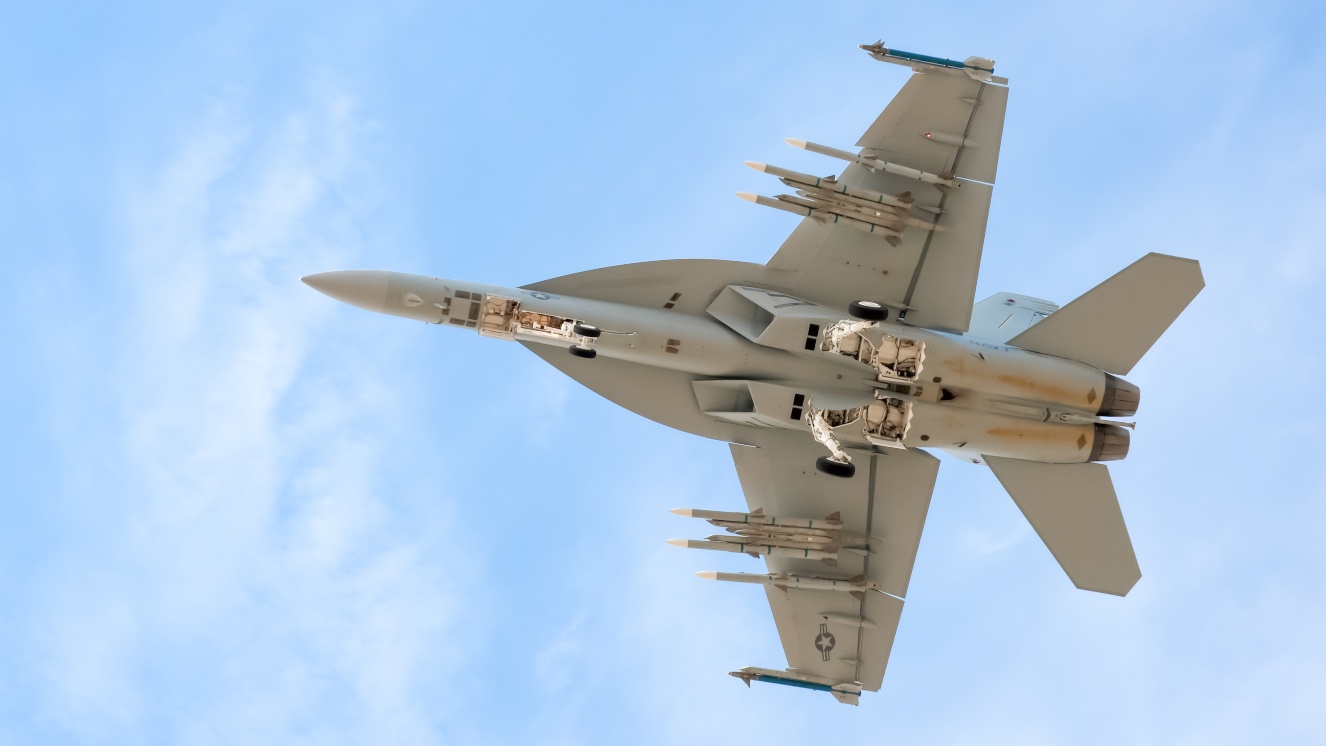 In July 2022, strong winds and rain blew an F-18 Super Hornet off the deck of the carrier Harry S. Truman. The aircraft went overboard, sinking about 9,500 feet below the surface. The Navy used a CURV-21 deep ocean salvage vehicle to obtain and salvage the aircraft.

Suggested read: What Is the Gucci Glock? The High-Tech Pistol Used for NNSA Security

The F-18 Super Hornet was first developed by McDonnell Douglas Corporation in 1978. This model was the F/A-18A Hornet. Variants of the aircraft were created by Boeing Defense, Space, and Security. This resulted in the development of the current model F-18 super hornet.

The Boeing F/A-18 Super Hornet fighter jets are currently manufactured by McDonnell Douglas Corporation and Boeing. The aircraft is a dual-engined fighter jet. Since it’s a twin-engine fighter, if something were to happen to one engine, it would still be able to fly.

Pretty cool, right? That’s not all.

The FA-18 Super Hornet is now sometimes referred to as the “backbone of the U.S. carrier air wing.” It has impressive stats that make the aircraft an integral addition to the military.

The F-18 Super Hornet has impressive stats under its belt. The fighter jet is currently in service and likely won’t retire anytime soon. From high speed to impressive range, why would anyone want to retire this monster of an aircraft? Here are some of the stats that prove the sheer bad*ssery of this plane:

The F-18 Super Hornet is ready for battle. The fully armed aircraft includes a 20 mm M61A2 Vulcan with 412 rounds. It also has the capacity to carry 17,750 lb. It has the provisions to carry different combinations of missiles and bombs. Some that can be included on the aircraft are:

This isn’t a comprehensive list of everything that can be included on the plane. It’s only a start to what the aircraft is capable of carrying.

The F-18 Super Hornet in combat is a valuable asset for the military. It has a quick takeoff from ships and can drop bombs before returning.

It’s safe to say the F-18 Super Hornet is a pretty cool fighter jet used in the military. From its impressive features to top performance speed, the fighter jet is no doubt a valuable asset to the military.

Read next: 6 Underwater Discoveries Reveal What the Military Has Lost in the Ocean