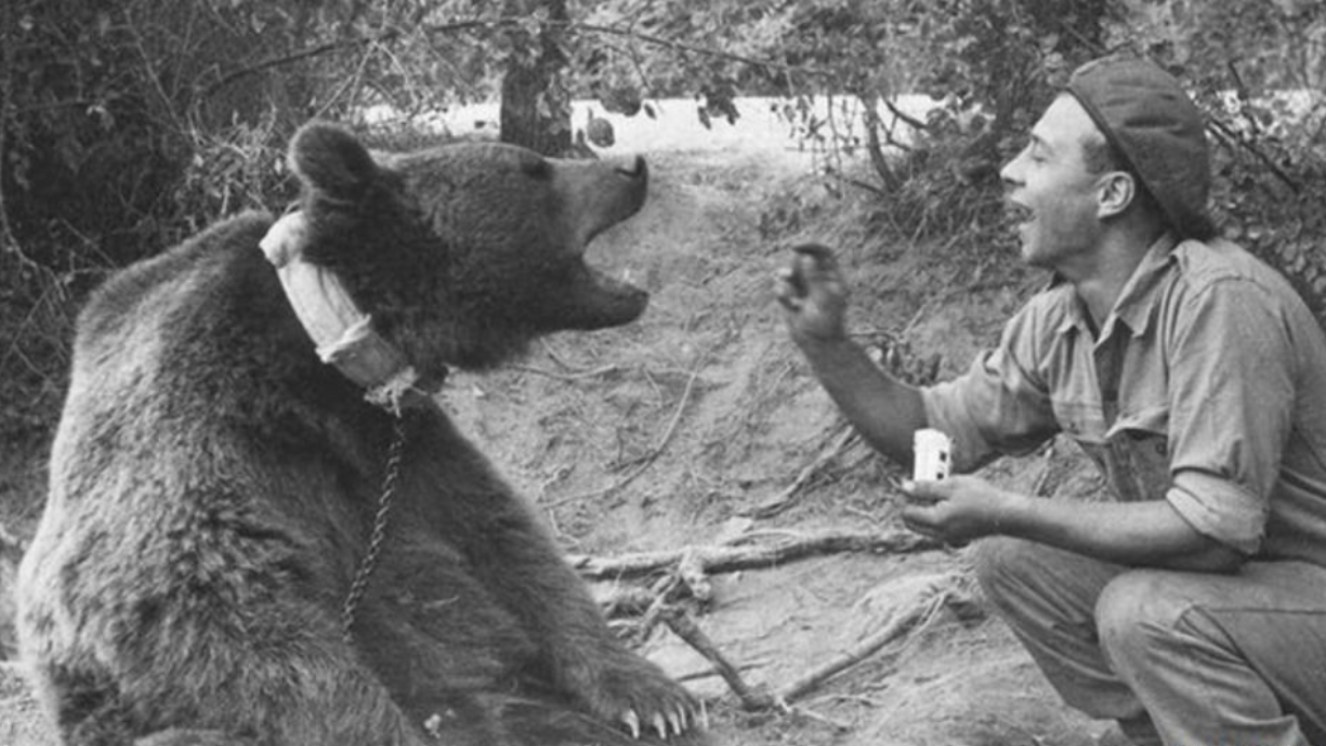 The men and women serving in the military often go above and beyond to protect their country and preserve freedom, and military animals do, too. In past articles, we have highlighted a number of these extraordinary human beings, but today we would like to showcase some awe-inspiring contributions from some of our friends in the animal world that have mustered up resilience, intelligence, and strength in times of peril.

Think you have an idea about what animals are used in the military? Well, get ready to raise an eyebrow because we are NOT talking about dogs or even horses! Did we spark your curiosity? Good! Sit back and enjoy learning about some lesser-known heroic animal species.

More like this: K9 Veterans Day: Celebrating the Service of Man’s Best Friend

A Brief History About Military Animals

It’s no surprise that dogs have played an important role in the military: patrol search, sentry, narcotic detection, explosive detection, the list goes on. But what about other animals used in military operations? Goats, ducks, horses, and even pigeons have been used during times of war for over thousands of years.

It was at the beginning of the 20th century that the role of animals in the military began to expand. Commanders and generals began relying on animals to carry out essential tasks — distributing medical supplies, aiding in transportation, providing moral support, and carrying ammunition.

During World War I, carrier pigeons were used to deliver messages and even served as spies. Monkeys and rats offered companionship and a distraction from the horrors of war for troops who resided on naval ships or in barracks. When World War II came around, new inventions began to emerge, and the perception of military animals shifted.

No longer seen as simply companions or allies, animals soon became inextricable members of the military. Check out this list of brave animals that left their mark on history and are remembered today as genuine military heroes.

Cher Ami was a messaging pigeon and one of 600 birds that were flown and owned by the U.S. Army Signal Corps during World War I. During the war, carrier pigeons played an integral role in ensuring communication between troops, as radios were not a reliable form of communication.

Pigeons proved more consistent due to their 50 mph flight speed. However, using a pigeon for communicative purposes was not without risk since they could be easily shot down by the enemy.

Nonetheless, Cher Ami successfully delivered twelve crucial messages within the American sector at Verdun. During his last mission in 1918, he was shot in the leg and through the breast by enemy fire, but he still managed to deliver a message from Major Charles S. Whittlesey’s “Lost Battalion” that had been sequestered from American forces.

This message saved the lives of 194 American troops. Cher Ami was awarded the French Croix de Guerre with palm. He passed away on June 13, 1919, as a result of the injuries he sustained. After his death, he was inducted into the Racing Pigeon Hall of Fame.

Simon accompanied the crew on the British frigate HMS Amethyst from March 1948 to November 1949, after he was found wandering around a dockyard in Hong Kong. When seaman George Hickinbottom found Simon, he was a young, underweight, sickly-looking cat.

Taking pity on Simon and seeing him as a useful tool to eliminate rats aboard the frigate, George smuggled him aboard. A spunky cat who hunted rats aboard the ship, Simon quickly became loved by the Amethyst crew and captain.

On a mission in north Yangtze to relieve the HMS Consort, the HMS Amethyst came under attack from the Chinese Liberation Army. The first shot targeted the captain’s cabin, which gravely injured Simon and killed Lieutenant Commander Skinner. Almost everyone on the bridge was injured, as well as those in (and being transported to) the infirmary.

Simon crawled to the deck and was found by the crew. He was swiftly taken to the medical bay, where they removed shrapnel and treated several burns. He was not expected to survive the night. Miraculously, Simon recovered during the siege, and he returned to his job catching rats and raising morale.

Using hammocks and bedding to plug holes in the ship, the crew was able to escape and return to the U.K. Upon return, Simon became a celebrity. He received thousands of letters and was awarded several medals from the Navy, including the Dickin Medal (the highest award given to service and military animals).

In 1942, Wojtek was purchased by a group of Polish Soldiers who were on their way to Palestine. Stopping for a quick lunch break, the soldiers spotted a young boy wearing a bag around his neck. Calling the boy over for some food, the soldiers noticed the bag move and the bear cub’s muzzle sticking out.

Charmed by Wojtek, the Soldiers bought the cub from the boy, saving him from circus life. Having no experience raising a bear, the Soldiers treated Wojtek as their peer, playing and wrestling together.

Wojtek was brought aboard a ship transporting Soldiers to Italy during the Battle of Monte Cassino. The British were against keeping animals, so Wojtek was promoted to Corporal — officially making him a Soldier.

Wojtek was just one of several heroic animals used in war. During battle, Wojtek assisted the Polish Second Corps by carrying crates of missiles and delivering them to the artillery batteries. Wojtek helped speed up delivery and boosted morale. It is worth noting that he never dropped a load and became known as “Wojtek the Soldier.”

After the war ended, Wojtek was invited to participate in the Allies’ parade in Scotland. Wojtek resided in the Scotland Zoo up until his passing, and the Polish Soldiers visited him as often as they could.

In 1943, Siwash unofficially joined the United States Marine Corps after Sargent Francis Fagan won her in a raffle. The duck was named after Sgt. Jack “Siwash” Cornelius (unfortunately, Siwash is now considered a pejorative name for Native Americans of the North Pacific Coast) and became the mascot for the 2nd Marine Division.

During the Battle of Tarawa, Siwash was a brave, colorful duck that was highly admired by the Marines. It was joked that she would jump into a foxhole the minute they moved. An honorary Marine, Siwash would storm the beach alongside the Marines looking for trouble.

One memorable moment was when she locked eyes with a Japanese chicken and engaged in combat. Mustering up courage, she never surrendered and defeated the enemy foul.

Siwash was brought on two additional operations: the Battle of Saipan and the Battle of Tinian, where she watched from the boat. She returned to the United States in 1944 and was given two radio broadcast appearances, a luncheon, and an endless supply of beer!

After World War II, Siwash was taken to Lincoln Park Zoo in Chicago, where she lived until her death in 1954. Siwash’s body was stuffed, and you can see her at the National Museum of the Marine Corps in Triangle, Virginia.

On board the SMS Dresden, Tirpitz was originally kept on board as a supply of fresh meat for Sailors. However, this real-life “Wilbur” managed to escape her fate and instead began a career as a mascot.

Involved in the Battle of the Falkland Islands, the SMS Dresden was a fast ship that had managed to escape capture and emerge victorious but without their precious mascot, Tirpitz. The Germans decided to sink their own ship and unknowingly left Tirpitz on board. In true hero fashion, she managed to swim to safety and was found in the ocean by two British battleships (the HMS Glasgow and the HMS Kent) off the coast of Robinson Crusoe Island.

Following her rescue, the Glasgow crew decided to make her their mascot, and she gained notoriety. Tirpitz was named after the German Admiral Alfred von Tirpitz.

After disembarking the ship, Tirpitz was sent to Whale Island Gunnery School, where she was used to raise money for charity. Later, she was sold at a Red Cross Society auction to the Duke of Portland.

Tirpitz was sold a few more times, raising money for various charities until she passed away in 1919. Her head was stuffed, and Tirpitz was sent to the Imperial War Museum (where she currently resides).

Last, but certainly not least, on our list of memorable military animals is the goat Sergeant Bill. Bill was found pulling a cart in the small town of Saskatchewan when a train carrying Word War I Soldiers made a pit stop. Bill was owned by a young girl who lived in the village, and she allowed a Soldier to take him as a good luck charm.

At the time, mascots were not allowed at the front lines, but the Soldiers were fond of the goat and decided to hide him in a crate.

During his time with the Soldiers, Bill became very useful and even accompanied his human friends in battle. His courage is remembered through an instance where Bill pushed three soldiers into a trench only seconds before the shell exploded right where they were standing.

Despite sustaining numerous injuries throughout his time in service, Bill survived the war. After returning home, Bill participated in a German parade, donning a blue coat and sergeant stripes. Here, he was recognized for his heroic actions. Later, he was returned to his hometown and was reunited with his owner.

Throughout history, many human war heroes have made tremendous, selfless sacrifices. Rarely do we hear the stories of their animal counterparts who made similarly noteworthy sacrifices.

Their courage, tenacity, and unwavering strength during times of turmoil serve as inspiration to all homo sapiens and more so a reminder of what a true hero looks like. We encourage you to share these military animals’ stories with all the animal lovers in your life and even those on the fence (maybe you’ll convert them).

We hope that you enjoyed this light-hearted look at some unexpected animal heroes that have taken the animal/human bond to the next level. May we learn from their experiences and adopt their traits in our own lives.

Related read: What Is K9s for Warriors?