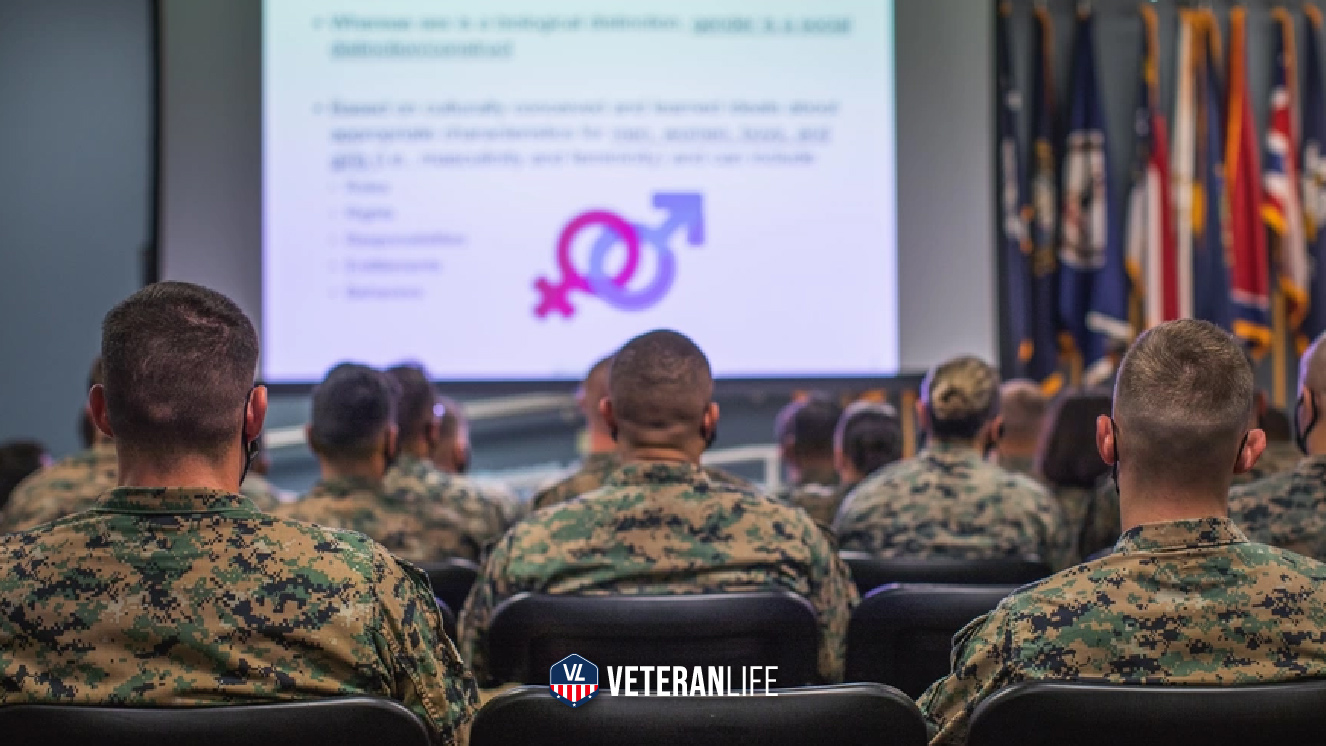 The Army will soon release a slideshow training Soldiers on how to properly interact with comrades who identify as a different gender. The entire slideshow hasn’t been revealed yet, but it has been confirmed as legitimate and part of an upcoming mandatory Army training by an Army spokesman. Several slides in the new gender identity training have been leaked online and through social media.

The mandatory presentation is titled “Policy on the Military Service of Transgender Persons and Persons with Gender Dysphoria,” and the leaked slides show us that there will likely be different versions of this mandatory training for enlistees and commanders/Army leaders.

Other slides in the leaked presentation give scenarios and responsibilities for Soldiers should a fellow Soldier present with gender dysphoria or questions about gender identity.

The responsibilities all begin with “Treat the Soldier with dignity and respect” and continue to outline the steps that the Army will take should they deem gender-related assistance medically necessary.

The training also advises Soldiers to encourage gender-dysphoric comrades to seek a military medical provider if they haven’t done so.

With new Army mandates like this one, questions of gender and sex always come up. The problem is, neither gender nor sex is as simple as it seems, and they both have a massive impact on overall health.

Your biological sex is what we medically classify as either male or female, which seems pretty easy… except for the fact that even biological sex isn’t so black and white. Around 2 in 100 people in the U.S. are considered intersex, or having both male and female reproductive anatomy.

For intersex individuals, the question of gender identity is a complicated one, as biological intersex is neither well-discussed nor well-represented. So, then, what is gender if it’s not always tied to sex?

Gender is the way we socialize biological sex. The way you present, act, and speak can all be tied to your gender identity, but it doesn’t necessarily have to have anything to do with your reproductive anatomy. If you are someone who socially displays the dichotomous characteristics of a person with your reproductive anatomy, then you would be considered cisgendered.

Gender is even more expansive than biological sex, as someone can present themselves in a way that doesn’t match the typical representation for someone of their reproductive anatomy. In fact, neurobiological studies have proven that gender identity and expression are not made up ideas but that they are real and directly influenced by hormones, genes, environmental factors.

Because the “norm” is for people to socialize themselves in a way that corresponds to the reproductive anatomy they were born with, this can create incredible turmoil within individuals who don’t align their gender with their biological sex, creating gender dysphoria.

Many people with gender dysphoria elect to undergo gender affirmation surgery, which can involve top, bottom, or facial surgery, to make their physical appearance and anatomy align with their gender identity.

Creating a welcoming environment for transgender and gender non-conforming Soldiers will boost their health and wellbeing, allowing for a much more functional and cohesive group dynamic – a dynamic that is paramount to the Army’s success.

Why the Army Mandate on Gender Identity Matters

Would you want to be protected by a group of people who can’t get along, do nothing but bully their teammates all day, and are constantly distracted by things that should have no effect on job performance?

The new Army mandate for all soldiers to undergo gender identity and gender expression training isn’t just a byproduct of what some would call “woke culture.” It’s a matter of national security and the continued success and prosperity of the Armed Forces, as many branches will likely end up following in the Army’s bootsteps and creating their own gender identity sensitivity training programs.

When certain Soldiers are singled out and treated differently because of their gender identity, which has happened all too often in the military, it affects teamwork and group morale, making for a group of Soldiers that may not be as effective at doing their duties and keeping the country, and each other, safe.

When Soldiers cannot work as a cohesive team, it puts national security in jeopardy. The upcoming Army gender identity and gender expression training is being put in place to ensure that fully qualified soldiers aren’t turned away or treated differently simply because of their identity. After all, what should it matter what gender anyone is so long as they uphold the ideals they swore to protect in the first place?