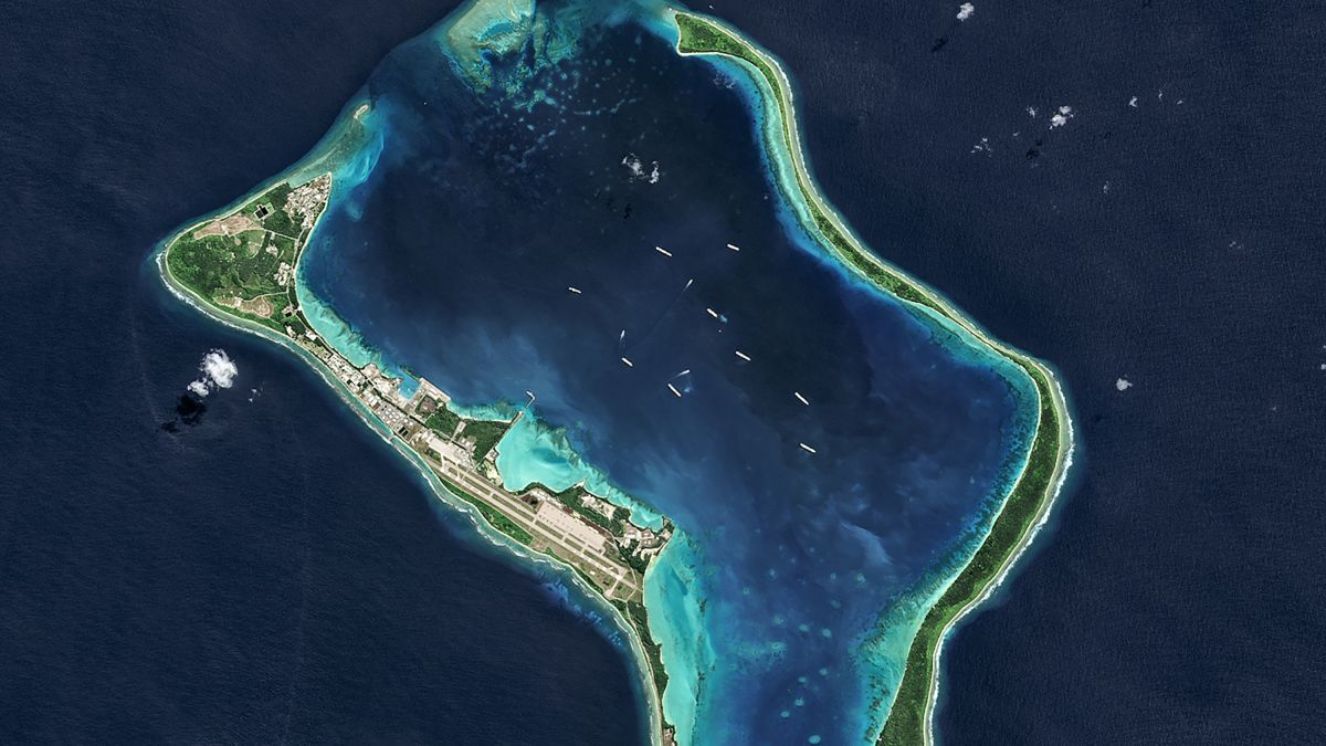 In the middle of the Indian Ocean lies a secretive United States military base – Diego Garcia. It has proven to be strategically vital and a launchpad for Middle East military operations.

Located on a remote island outside of the U.S., this base occupies a territory that was formerly in possession of the British Empire. Over the years, this island (that now doubles as a U.S. military base) has been at the center of many high-profile conspiracy theories and is notorious for being shrouded in mystery.

With only military personnel and island natives allowed to step foot on the island, and a level of secrecy higher than Guantanamo Bay, it’s no wonder that many have come to question what really occurs inside Diego Garcia.

More like this: Thule Air Base: Discover the Base You Weren’t Supposed To Know About

The initial discovery of the island has been disputed, but it’s been suggested that it was first discovered during an early 16th-century Portuguese voyage.

The first map that officially named the island “Diego Garcia” was published in 1599 and was created by Edward Wright, an explorer. After the publication of the map, the island remained uninhabited for over 200 years.

In 1965, the British Indian Ocean Territory was created, and Diego Garcia was solidified as an entity. Seven years later, the British and the U.S. governments signed an agreement related to the construction of a U.S. Naval Communication Station on the island.

This facility was designed to improve U.S. and British government communications in the Indian Ocean for both ships and aircraft. Additionally, the Naval Support Facility on Diego Garcia was intended to expand the U.S. defense communications network.

The United States built a permanent base in just two years, and by the 1980s, the island of Diego Garcia became a full-scale Naval Support Facility. Soon, the island was used for routine operations and crisis response.

Also known as the “Footprint of Freedom,” this secretive naval base is still in operation today. The base is home to thousands of American troops, sophisticated radar, space tracking, and a communications facility.

The naval base on Diego Garcia is used for long-range bomber operations, Special Forces staging, and the replenishment of both nuclear-powered submarines and naval surface forces.

The base’s mission is to provide critical support to the U.S. and allied forces who are deployed to the Indian Ocean. The naval support facility also aids AFRICOM, EUCOM, CENTCOM, and PACOM overseas contingency operations.

The primary modes of transportation on the base are bicycles, buses, and plain old walking, as personally owned vehicles are not allowed on the island.

Bicycles are by far the most popular form of transportation on the island. But, if you are choosing to use this mode of transportation, make sure to check out the rules first. Bells or horns are required, as well as a front (white) and rear (red) light when riding after dark. Additionally, a helmet must be worn at all times when riding.

Government work vehicles and base taxis also travel around the island, but they are for official use only.

Where Is Diego Garcia Located?

The island of Diego Garcia is a British Indian Ocean Territory near the tip of India. This military installation is located on the Chagos Archipelago, which is a group of seven atolls.

Diego Garcia is shaped like a horseshoe, is 4 feet above sea level and has 6,720 acres of land. The island is 14 miles long and 4 miles wide, surrounding one of the most beautiful natural harbors in the world.

Diego Garcia is a living coral atoll and was once a living volcano. This tropical island experiences heavy rainfall year-round and is heavily vegetated with native trees and coconut palms.

Over the years, Diego Garcia has been at the center of a few conspiracy theories, adding to the intrigue and mystery that surrounds the island.

Diego Garcia has been home to several controversies since the late 1960s, when the Chagossians were forcibly removed from the island by the British government.

Conspiracy theories began circulation again in 2008, after a Time magazine exposé claimed that a secret “War on Terror” prison existed on the island from 2002–2006. It was also speculated that the prison was used as a CIA black site where detainees were held and tortured.

The U.S. military released a statement denying the claims, but several accounts from high-ranking personnel and sources claimed that prisoners of war were held and interrogated on the island.

The most popular and widely circulated conspiracy theory is that Diego Garcia is the possible location of the missing Malaysia Airlines Flight MH370. For years, the base was believed to be the airplane’s location because of its remote location and runway, large enough to accommodate a commercial aircraft.

This theory was deemed credible after it was discovered that the island landing strip was programmed into the MH370 pilot’s home flight simulator.

Some claim that the plane was shot down by the U.S. due to hackers taking control of the Boeing 777, as they are particularly vulnerable to hacking.

Another theory was that the U.S. shot down the plane and tried to cover it up. Many believe that the event of the plane turning off its communications, flying low, and changing course wouldn’t have gone unnoticed by military intelligence.

One of the most widespread and intriguing conspiracy theories, the truth behind what actually happened to the MH370 flight still remains a mystery.

Can You Visit Diego Garcia?

Entry into Diego Garcia is restricted and requires area clearance by the U.S. Navy Support Facility stationed on the island. Only DoD civilian personnel, unaccompanied military, and authorized contractors are permitted access to the island.

Due to the secrecy of the island, DoD or military couples are not allowed to be concurrently assigned to Diego Garcia.

A Military Base Shrouded in Mystery

From the alleged conspiracy theories to the secretive nature of operations currently underway on Diego Garcia, one thing remains certain: the island is shrouded in mystery. Many questions remain unanswered about this U.S. military base and the operations that occur behind closed doors.