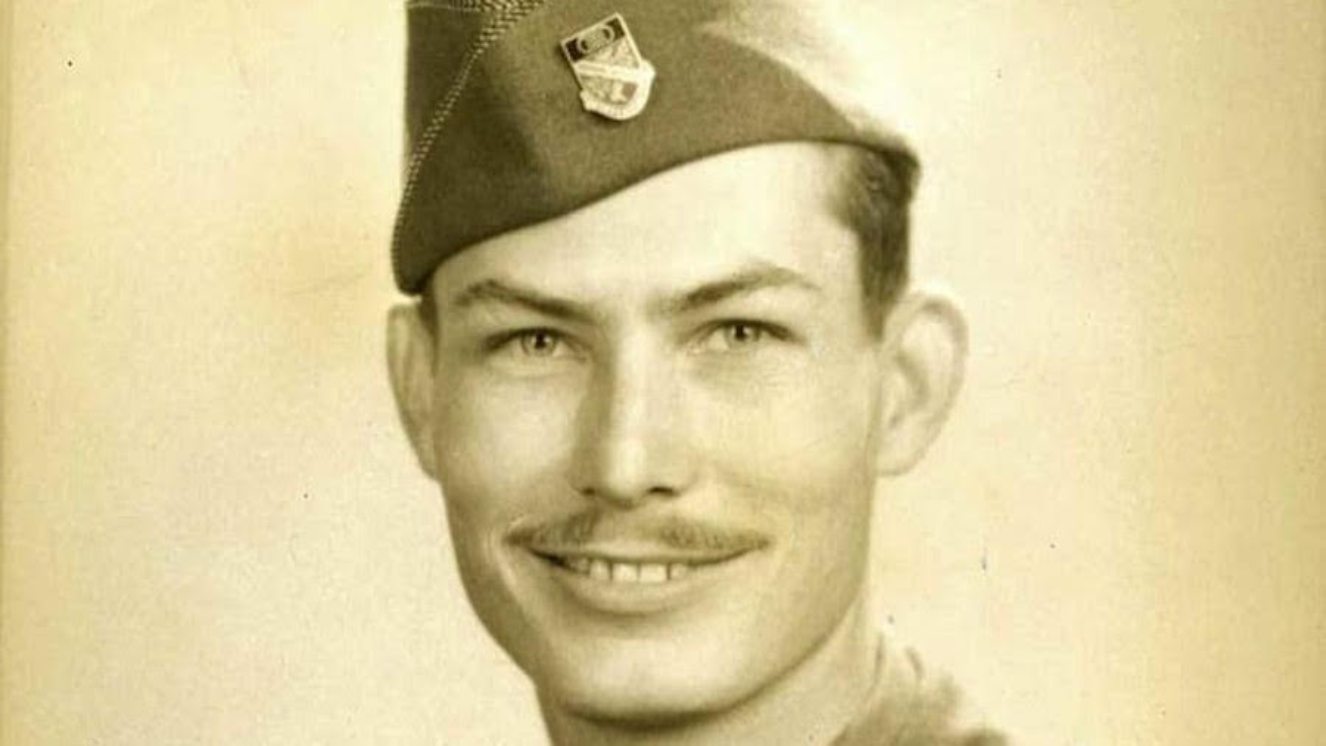 On October 12, 1945, standing on the White House lawn, Desmond Doss made history. It was here that President Harry S. Truman shook his hand while Doss officially became the first (and only) conscientious objector to receive the Medal of Honor during World War II. What is the story behind this Soldier who refused to carry a gun yet managed to save over 75 lives? Join us as we take a look at the fascinating life of this war hero.

With a strong commitment to the Bible and the Ten Commandments, his upbringing fundamentally shaped his beliefs, including his strong views against killing and not working on the Sabbath, which he observed on Saturday.

Fact #2: Enlisted in the Army

After receiving word of the Japanese attack on Pearl Harbor, Desmond T. Doss felt that God was calling him to serve his country. Heeding this call, Desmond enlisted in the Army Medical Corps as a noncombatant in 1942.

Desmond’s unwavering religious views prohibited him from harming another human being or participating in any act that could cause harm. As a devout Seventh Day Adventist, he refused to carry a gun.

Under the assumption that he would be a combat medic, and classifying himself as a conscientious objector, Doss was shocked when he was assigned to an Infantry Rifle Company.

With this assignment, they hoped it would be enough for Doss to give up and leave the Army. Determined to serve, Doss continued to appeal the Army’s decision until they decided to make him a medic.

During his time in the Army, several attempts were made to discharge Doss. Desmond’s commanding officers repeatedly tried to have him discharged for mental illness. Standing firm in his desire to serve both his country and uphold his religious beliefs, Doss refused to be discharged.

Another officer tried to have Doss court-martialed for refusing to hold a rifle. Unsuccessful, he instead denied Doss leave. This caused him to nearly miss seeing his brother, Harold, who had joined the Navy.

Doss was first deployed to Guam and served there until 1944. Later that same year, he was deployed to Leyte in the Philippines. In 1945, Desmond and his unit were sent to Okinawa, where he demonstrated remarkable courage and commitment to his fellow Soldiers.

Fact #7: Armed With Only Faith and a Bible

On May 5, 1945, his Sabbath, Desmond was called to fight at the Battle of Okinawa at Maeda Escarpment, a.k.a. Hacksaw Ridge. Unarmed and without medic markings so the Japanese wouldn’t identify him, Doss continuously put himself in harm’s way to treat those wounded under enemy fire.

Running into the heat of battle to treat wounds and carry them to safety, with nothing other than his Bible and unwavering faith, Desmond was saving lives while others were taking them.

Fact #8: He Kicked a Grenade

During the Battle at Hacksaw Ridge, amidst the never-ending gunfire, Doss relentlessly treated Soldiers who thought that they were left for dead and lowered them down the ridge to safety.

Refusing to leave any men behind at Hacksaw Ridge, Desmond Doss continued to go back into battle for weeks to search for those injured.

A few miles away from the ridge, a Japanese grenade landed in the foxhole that Doss and a few wounded soldiers were hiding in. Doss went to kick the grenade away to save his fellow Soldiers, but it detonated and left him with deep leg lacerations.

Fact #9: Nicknamed “The Wonderman of Okinawa”

Desmond Doss’s remarkable actions at Hacksaw Ridge, saving an estimated 75 lives, earned him several accolades and the prestigious nickname the “Wonderman of Okinawa.”

Desmond was discharged from the Army in 1946, and shortly after, he developed tuberculosis, which left him with only one lung. Desmond spent several days in hospitals to receive treatment for the injuries he sustained.

For his courageous acts of valor, Desmond Doss received:

Desmond died on March 23, 2006, at the age of 87 due to lung failure. He’s buried in the National Cemetery in Chattanooga, Tennessee. Desmond’s heroism and selfless dedication to the Soldiers he served with remain inspirational.

Read next: How Oliver Stone’s Time in Combat Inspired His Oscar-Worthy War Movies

As an Amazon Associate, VeteranLife may earn commission through affiliate links on this page.
Image: AP