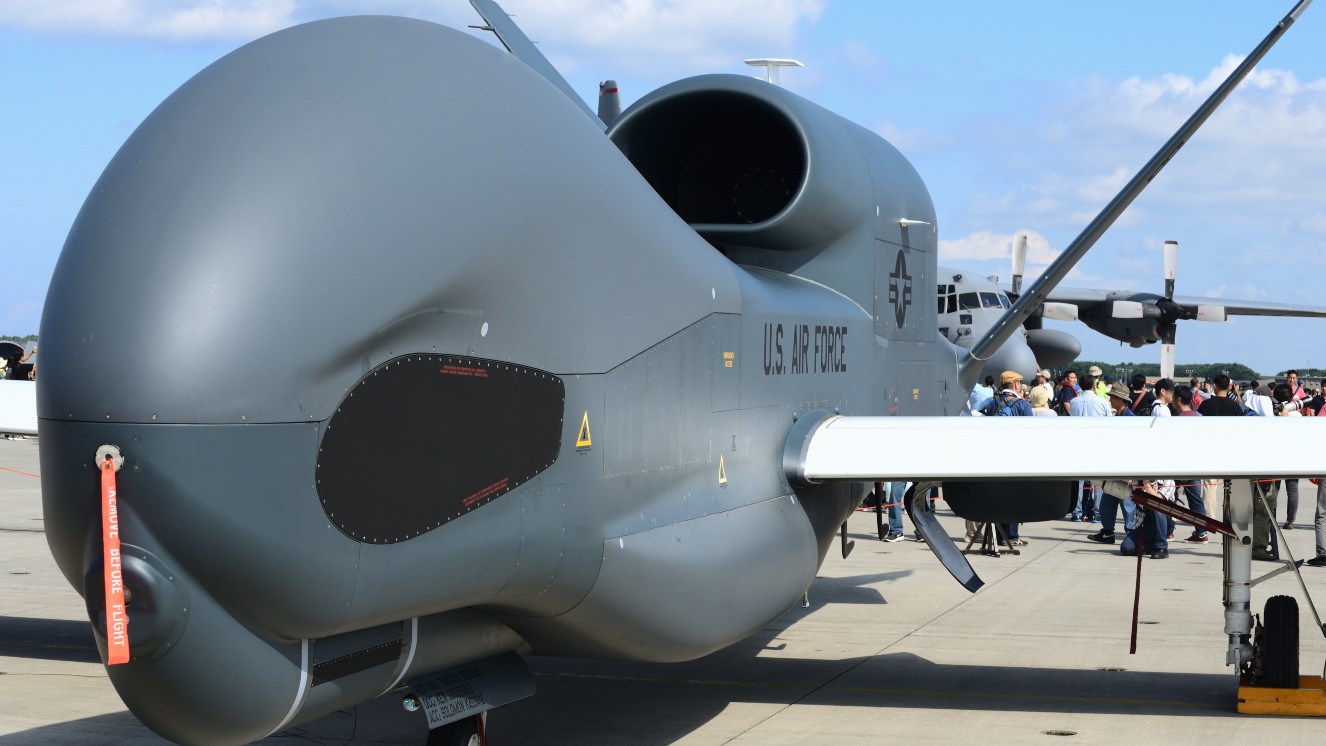 The RQ-4 Global Hawk is the largest military UAV. Having a wingspan of just over 130 feet, a length of 47.6 feet, and a total weight of 14,950 pounds, this UAV has tons to offer. Let’s investigate what the RQ4 is all about.

What Does the Northrop Grumman RQ-4 Global Hawk Do?

Present in the name, RQ-4, the designation of the letter “R” by the Department of Defense signifies reconnaissance, and the “Q” stands for unmanned aircraft system. The number 4 represents the series of purpose-built remotely piloted aircraft systems.

The RQ-4 Global Hawk has high-resolution sensors, visible and infrared electro-optical systems, and synthetic aperture radar (SAR). Not only that, but its flight time is untouchable. Recently, the Global Hawk RQ-4 flew for approximately 34.3 hours, making it the longest unrefueled flight by a U.S. Air Force aircraft.

The Global Hawk RQ-4 we know today has undergone a few changes, specifically “4.” There are multiple variants or “Blocks” of the RQ-4. Seven of them were Block 10 aircraft but were retired from the Air Force in 2011. Next are the Block 20s, which initially fielded with only IMINT capabilities. As of now, three of them have been transformed into EQ-4 communication relay configuration, carrying the Battlefield Airborne Communications Node (BACN) payload.

Following the Block 20s are the Block 30s. Eight Block 30s are fielded, and some conducted missions in Operations Enduring Freedom and Iraqi Freedom/New Dawn. They also supported Operation Odyssey Dawn in Libya and provided humanitarian relief during Operation Tomodachi in Japan.

The latest RQ-4 is a part of the Block 40 aircraft. Block 40 aircraft are equipped with a Radar Technology Insertion Program (RTIP) capable of providing MTI and SAR data. Currently, there are ten Block 40s fielded in four combatant commands.

How Many RQ-4 Global Hawks Does the U.S. Have?

How Much Does an RQ-4 Global Hawk Cost?

Is the Global Hawk Stealth?

The RQ-4 Global Hawk is stealthy, but the Air Force has plans to move forward with a replacement UAV called the RQ-180.

The RQ-4 Global Hawk took its first flight in 1998 and has participated in multiple U.S. military operations. It’s one of the Air Force’s premier reconnaissance and surveillance aircraft and has an unmatched flight time, which is why it’s been used in so many successful American missions and will always be an important part of American military history.

More like this: The Huey Helicopter & Its Crucial Role in the Vietnam War